Now This Is Epic: Joshua Convinced the Band Teacher to Let Us Play One-Winged Angel During the Spring Concert 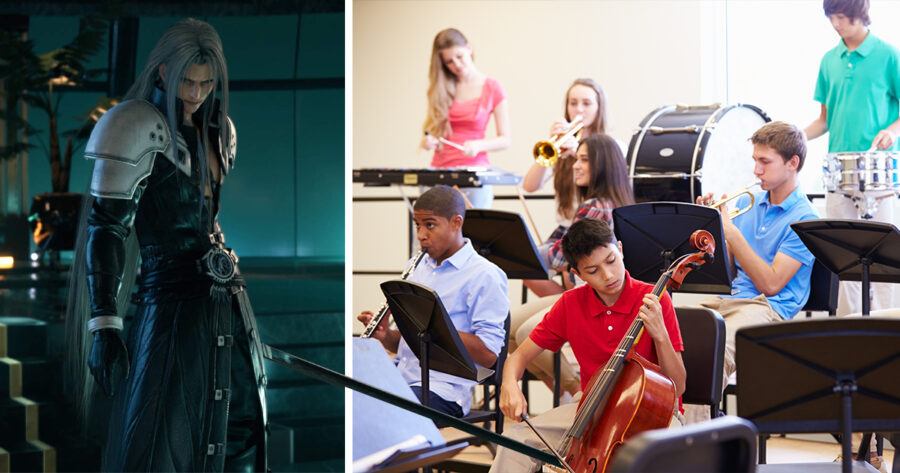 It wasn’t easy, Mr. Shapiro had a lot of questions about it, and when the word Sephiroth appeared on the sheet music, he was ready to call the whole thing off. Joshua didn’t falter, however, and our champion spun a beautiful lie from thin air, alleging that Sephiroth was a baroque composer, and he was surprised Mr. Shapiro had never heard of him. While stupid Ryan and Chris S. almost blew everything by laughing in the corner, Mr. Shapiro eventually begrudgingly acquiesced to the silver-tongued saxophonist.

No longer are we as a musical outfit barred by being forced to play Mr. Shapiro’s droll, uninspired selections. When the school hears us bust out the soundtrack to Final Fantasy VII at the required assembly next May, it’ll be all anyone talks about until graduation. I just wish it wasn’t our senior year, so we could drink in the clout that comes from sneaking in the iconic video game track for at least another semester.

While Joshua has been the orchestrator behind some of the most legendary moments in St. Gabe’s band history, this is his magnum opus. Nobody thought Joshua could top wearing an oversized Bugs Bunny tie instead of our required sleek black bowtie for our Junior Showcase, but then Joshua outdid himself by bringing a cigarette for all of us to share on the Fall Band Trip to Beethoven exhibition at the opera house downtown. Even still, I doubt anyone could best his latest master plan to have us pay musical tribute to one of the most brilliant and emotional RPGs without Mr. Shapiro even knowing.

Oh, fuck. This song is actually really hard. Wow, okay we’re going to have to do a lot of extra practice for this one. Damn! I was totally going to go to prom, too, but it looks like I need the time to learn these charts.

Song attached in case anyone wants to listen to it while reading this article.