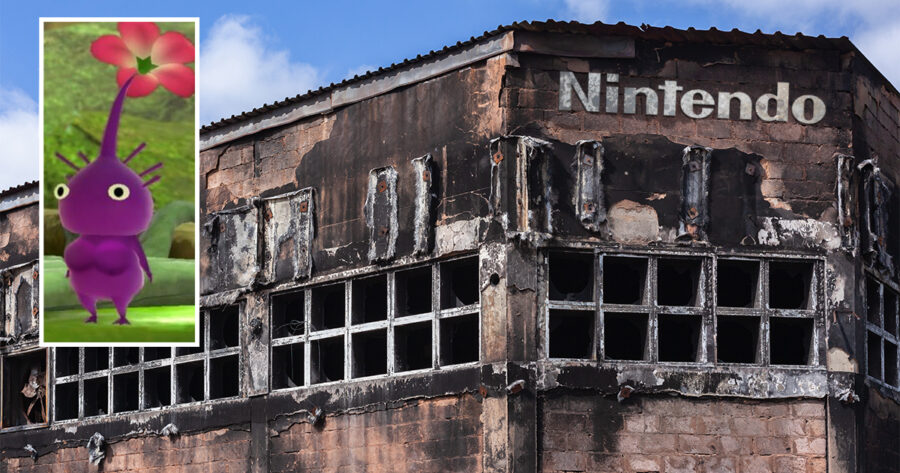 REDMOND, Wash. — Nintendo fans have stormed the company’s United States headquarters following the announcement of a new video game called Pikwomin, according to survivors of the attack.

“I absolutely can’t fucking believe it. They made Pikmin political. One of the FEW GAMES that wasn’t political, they had to go and make it about politics. It makes me so mad, man, it boils my blood. I literally do not care about politics, I just want to be left out of it entirely!” said one of the masked rioters who helped burn down the Nintendo headquarters. “I mean they’re gonna put little colorful boobies on the pikmin! That’s not even scientifically accurate. I’ve played Pikmin games my whole goddamn life and I’d be the first person to know if the pikmin could breastfeed. I have looked into this shit, I’ve read the theories, I’ve scoured the webs for drawings of it. It’s just not right and it’s against god. What’s next? Olimar being Asian? The game is fucking ruined.”

“I mean how would a Pikmin game with female pikmin even work? The game is about working together and everyone knows women can’t do that, right?” said another masked Nintendo fan, holding a stolen computer he found in the building. “I bet they couldn’t even organize an attack on the U.S. Nintendo headquarters if they wanted to. Classic!”

Despite the attacks, Nintendo of America has yet to make a statement of any kind.

“Command a capable crop of different types of Pikmin and Pikwomin in Pikwomin to strategically overcome obstacles, defeat creatures, and find food for your famished home planet! Uh oh, watch out! Here comes a big scary bug!” said Nintendo about the controversy. “Pikwomin crash lands on the Nintendo Switch in 2023.”

At press time, rioters surrounding the rubble of the Nintendo headquarters were reportedly watching a new Pikwomin trailer on one man’s phone that all agreed “actually lowkey looks kinda good.”