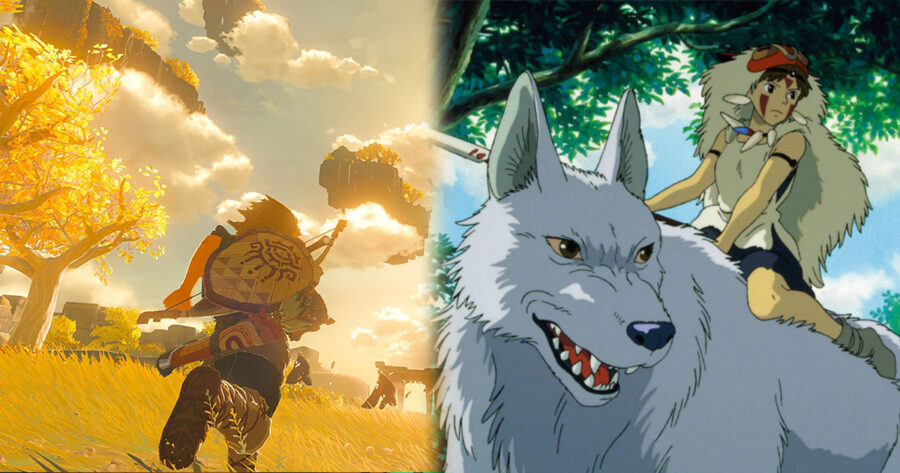 SAN FRANCISCO — Nintendo fan Dylan Summers unveiled his wishlist for the hotly-anticipated sequel to 2017’s The Legend of Zelda: Breath of the Wild, all of whose items include changing various elements of the original to more closely match Princess Mononoke.

“For starters, the plot needs to be more engaging. It goes without saying that BOTW played it safe with an uninspired story. We’ve seen it before: Hyrule is in danger, Link is summoned to a heroic quest and must journey across the land in order to stop Ganon. You know what we haven’t seen? An entry set in the late Muromachi period of Japan, following a young Emishi prince named Ashitaka in his involvement in a struggle between the gods of a forest and the humans who consume its resources,” explained Summers in a 35-minute YouTube video. “Nintendo should look to make the protagonist a rich and complex character, which is why Billy Crudup would be a perfect fit for the role. Also, Nintendo should fire Zelda’s last voice actress and cast Claire Danes as the lead female character instead.”

The video similarly addressed the potential for Nintendo to pursue stronger environmental themes and longer cutscenes in the follow-up to the 2017 critically-lauded title.

“The cutscenes from BOTW were a welcome addition to the Zelda franchise but were unfortunately too short and marred by long stretches of gameplay.” Summers pointed out. “For BOTW2, Nintendo should ditch the exploration segments and combat to make room for longer cinematics. 133 minutes of them, to be exact. And since the Switch hardware may not be able to run that kind of software, Nintendo should release the game exclusively on HBO Max.”

According to those close to Summers, this is a fairly common criticism for the video game YouTuber.

“Anytime Dylan watches something with grass in it, he’s comparing it to a Studio Ghibli movie,” said Summers’ girlfriend Eileen Travis. “And I get it, the Ghibli movies are great! But they, you know, already exist. We don’t need to turn literally everything Ghibli-inspired into a movie you can watch anytime you want because you own three versions of every DVD. Not to mention, I think that if Hayao Miyazaki found out about video games, he would be horrified.”

At press time, Summers requested in a follow-up video that the newly-shown off skydiving feature also include airplanes, sky battles, and the titular character from Porco Rosso.