We Have, As a Society, Moved Past the Need for Random Encounters in Video Games and in Life 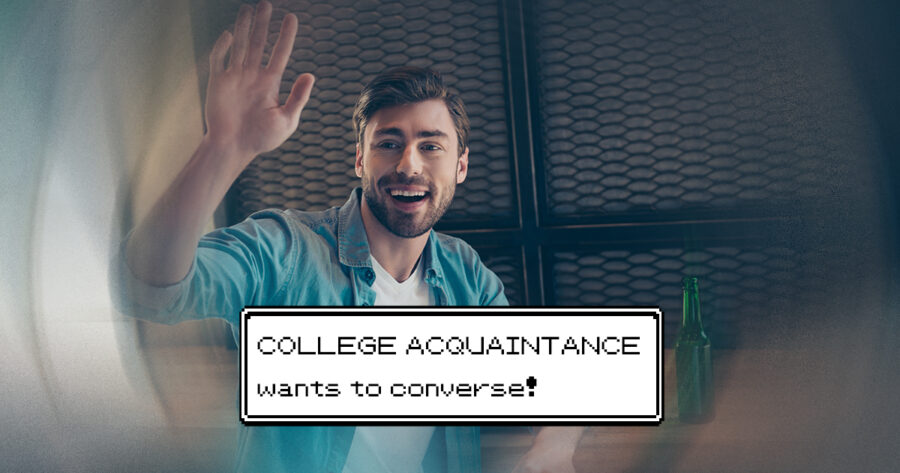 I’ve played two single-player video games this year and they are Pokémon Legends: Arceus and Elden Ring and if you think I’m not going to write an article grasping at straws to find the common thread between these two games, then you’re dumb as fucking rocks.

Because if there’s one thing I’ve learned in 2022, it’s that I am completely over random encounters.

Remember random encounters? In any old RPG, you’re running around in the world — maybe you’re playing around in the grass or dancing across the overworld — kinda just vibing out until, ah fuck, you ran into a bad guy. Some animation wipes your screen away and you’re facing off against a bandit or a rat or a goblin and you’ve got to kill it or run. Your muscle memory takes over as you slide to the “run” button, only to see, “you can’t run away!” followed by a smack to the face from the goblin, and you decide to just one shot it. It’s taken a minute away from your life, but at least you’re back to the game! Just kidding, you just ran into another random encounter.

Random encounters are something I used to defend. It’s part of the fun! These games are about grinding it out in the battlefields, running around in circles until you find the Pokémon you’re trying to catch or kill enough goblins until you level up or whatever. Want to avoid random encounters? Don’t worry, there’s usually a stinky perfume or ugly necklace you can wear to ward them away.

Well now that the new Pokémon games have done away with random encounters, I don’t think I can ever go back! There’s something so freeing about just seeing all the enemies in front of me, waiting for me to attack them if I really want to grind out some battles against them. Not to mention, it’s a lot more immersive to get to live in a world where those enemies are just walking around, be it turn-based game or something in real-time. Now when I play a game with random encounters, it feels so dated and frustrating. There’s a lot more “god damn it”s muttered under my breath as I run into yet another monster, my screen spiraling out of my hands.

And it’s impacting every game for me. Running through Elden Ring, it’s hard not to play it with this in mind. Because at the end of the day, Elden Ring is like if Breath of the Wild had Dark Souls combat with Guitar Hero elements told through the language of Pokémon, if you think of Hades as a sort of Cyberpunk 2077 equivalent to the Grand Theft Autos of the Skyrims of the world.

What I love so much about Elden Ring is that the game doesn’t fuck with you at all. Sure, there’s no random encounters (how could there be?) but there’s very little you have to do in general. There’s just some places with a bunch of guys and you can go over there and fight them if you want. Maybe there’s an item in it for you if you do, but maybe not, I don’t know. It’s up to you to go over and figure it out on your own terms. And in some fucked up way, that’s kind of how I was approaching Pokémon Legends: Arceus as well.

Hell, I think I’m even sick of random encounters in the real world. As we enter year three of COVID-19, I’m only hanging out with people who I explicitly want to see and discuss seeing beforehand. If I want to visit family or travel, I’m treating it like a boss fight — stocking up on the proper equipment and buffs before heading in to face the battle. No more random encounters in bars with people I didn’t like from college. No more walking down the street and seeing a black spiral take over my eyes as I hear “Hey! Dude!” from behind. If anything, all this shit only exists to pad out the playtime.