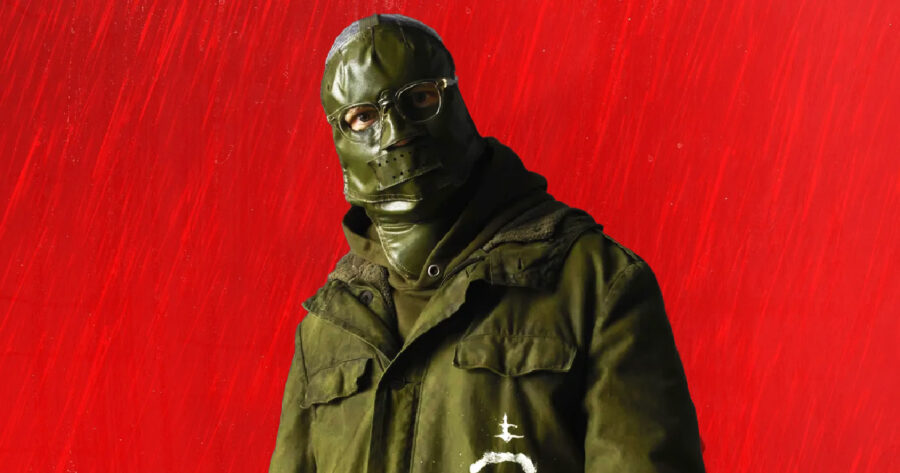 Heads up, this is going to majorly spoil the very recent movie The Batman. If you don’t want to read spoilers for The Batman, don’t read this article. Instead, press ctrl-A, and then ctrl-C, and then open up chats with all of your friends who have seen the movie (and enemies who haven’t) and press ctrl-V and then Enter. Thank you!

I watched The Batman this weekend and enjoyed it; it’s too long, but it has cool visuals, a fun detectivey Batman, emo Bruce Wayne, and a lot of talk about posting online. One of the better superhero movies in recent years, if you ask me. But there’s one thing I found frustrating about the movie, and it’s something I’ve been noticing a lot in superhero movies and TV shows. Superhero movies love to have villains who are absolutely correct in their convictions until the movie remembers that they have to be the villain, so they randomly do something that makes no sense.

In The Batman, the main villain of the movie is the Riddler, played by Paul Dano as a sort of “what if Jigsaw watched too much breadtube?” The Riddler’s main complaint about Gotham is that the rich and powerful don’t care about poor people, who are left to suffer, and that funding meant to help people has instead been lining the pockets of corrupt police and politicians for twenty years. To show the people of Gotham the crimes of these corrupt politicians, Dano begins elaborately murdering them, or worse, forcing them to publicly confess on social media. I’m not condoning murder, but the Riddler seems pretty right to be upset about these people and the movie shows that he’s a clever villain with a clear message. At the very least, the character the Riddler is a heightened version of the very real anger that people feel.

Until, in the third act, it turns out that the Riddler’s big finale is to flood the entire city of Gotham, basically creating a New York City sized Hurricane Katrina disaster for his hometown. Why? How does it make any sense that someone whose main goal for two and a half incredibly long hours was to “unmask” the corruption of the rich and powerful in Gotham all of the sudden want to just kill a bunch of poor people? Anyone who knows anything about American history knows that when there’s a disaster like the one he created, all it does is destroy the lives of the poor while letting the rich pick up the pieces of a broken society, furthering the massive wealth gap that already exists between those people. Hell, even in New York City (which Gotham is clearly meant to be in this one, considering subtle references like Gotham Square Garden and the Gotham Empire State Building), there was some pretty minor flooding last summer that killed several people who live in — often illegal — basement apartments. So what the fuck, the Riddler?

And before I get too far into this, I know: he’s insane! He’s the bad guy, so of course he’s supposed to be wrong. I guess? There’s not really any argument I can make against “it doesn’t make sense because he’s insane,” but even the idea that he suddenly becomes corrupted by the murder frenzy of his righteous goal doesn’t really make sense. The Riddler is shown to be an ideologue throughout the movie. He’s not a genius or anything (some of his riddles are even a little silly, dare I say), but he has this flooding master plan the whole movie and it just doesn’t really make any sense with all the other things he says or does.

In fact, it feels like there’s a trend in these movies. In recent years, Joker, Black Panther, and even that The Falcon and the Winter Soldier show that no one except me watched, all have some version of the same thing where the villain spends most of the first part of the movie being mostly correct, only to remember that they’re the villain in the second half. It’s usually some sort of vaguely leftwing or populist anti-rich or anti-imperialist thing that’s riding off of the very genuine anger and frustration that people feel in the world right now and then the villain does something outright evil that makes absolutely no sense with that idea in mind.

And The Batman is a movie about how all its characters are part of the system of violence in Gotham; Batman, the Riddler, the cops, the mob, and everybody else. All you can really do is try to break out of it and do the right thing. Yeah, sure, but the fact remains that the Riddler is exposing evil politicians and Batman is a billionaire who beats the living shit out of grocery store thieves.

Now don’t get me wrong, I don’t think that Marvel and DC movies are made by the CIA or whatever, although it would be a pretty cool twist if they revealed the Riddler was actually just an FBI agent masquerading as an anarchist as part of COINTELPRO. There’s absolutely a lot to be said about corporate movies and conservative CEOs and Marvel working with the U.S. military, but no, I think this problem just stems from Hollywood writers wanting to make their villains relatable, but not knowing what to do with it.

They see that people are upset about our increasingly unfair society — hell they’re probably pretty progressive themselves — so they imbue their villains with a righteous sense of anger that they see happening in the real world. But the good guy still has to be Batman, right? So give the baddie an evil plot at the end. I don’t want to make assumptions, but maybe the Hollywood producers and directors who work on these movies don’t actually quite understand the core of the complaints their own villains have.

So what’s the solution? I don’t know, I don’t have one. I’m just complaining. At the end of the day, I guess all I want is one of two things, and the people in charge of the world can pick whichever one they want:

Option A: Superhero movies stop having villains who completely go against their own ideology for no reason other than to be evil. Maybe we go back to bad guys who just like doing evil shit for a while. Remember when Batman villains became Batman villains because they just think crime is super fun?

Option B: We fix society so that the problems these villains are complaining about only exist in movies and it’s less annoying to watch.