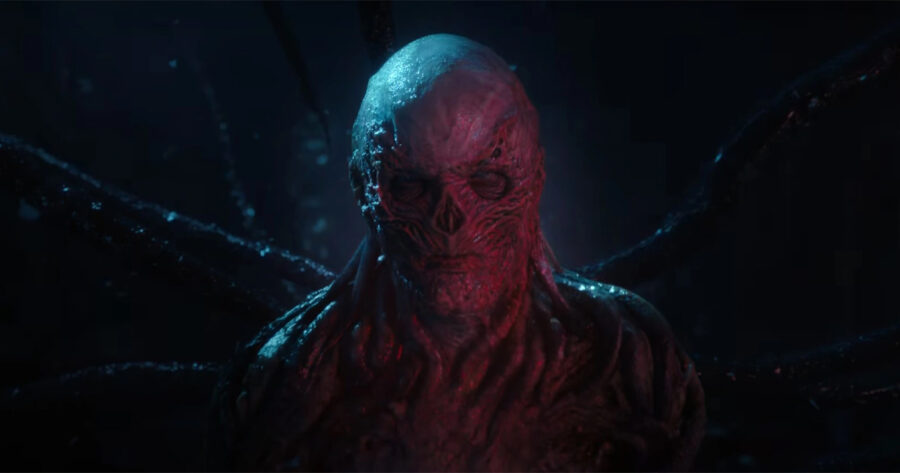 Stranger Things’ first season was lightning in a bottle. It would have killed as a miniseries to think back on fondly like, “Damn, what a perfect show that was.” Though like anything that shows a marginal amount of success, it was inevitable Netflix would squeeze everything they could out of the property until its nose was bleeding.

As Netflix blazed forward into promoting the fourth installment of an idea they’d only proven works once, my interest-level had ranged from skeptical to outright annoyed. I recall being in my home scrolling through Twitter, coming up on newly announced details. Stranger Things 4 would be released in two parts, with episodes 8 and 9 coming to Netflix five weeks after the first batch. The finale would even be two and a half hours. I alone in my empty apartment said “Oh, fuck off” outloud to no one in particular.

Flash forward to the weekend of May 27, when I was begging a friend to watch the show, despite previously telling her it wasn’t worth it. So what happened in my fickle little brain? I learned to stop worrying and love the show’s dumbass release schedule.

(You can bet your ass I’m about to drop some spoilers.)

The weird season break hyped up a reveal which comes at the very end of the first batch of episodes. Vecna’s identity is revealed to be the once believed deceased son who lived at the murderhouse, Henry Creel, revealed to be Eleven’s befriended orderly in Hawkins Lab, revealed to be One, the first child with psychic abilities to be studied and experimented on by Dr. Brenner. A cacophony of twists tied all of the separate plotlines of the season neatly together and suddenly raised the stakes for every character in the show dramatically.

And then: hard stop.

I realized I had pulled a 180 on my initial gut reaction to the news that the season would be split at a seemingly arbitrary point for who-knows-what reason. That reason was because Stranger Things 4 had been written specifically with the intent of being split at this point. This absurd break granted us a great gift that’s normally withheld from us — the ability to ask, “What the fuck’s gonna happen next?”

Nowadays, networks and streaming services are caught between either dropping all their episodes at once or sticking to a traditional week-to-week release schedule. There are certainly advantages to both. The all-at-once approach lets us gulp down a whole show at once like a happy hippo with a watermelon before it absolutely vanishes from the public zeitgeist. One episode a week has the benefit of getting folks excited to discuss their thoughts and theories between story beats, keeping the show trending for much longer, but risks falling off interest if a single episode feels weak and falls short. Plus, then you have to deal with absolute freaks waking up at 3 AM to watch a new episode and post every detail from it before you can have your coffee.

Shows like The Boys have experimented the last couple seasons with finding a middle ground — releasing three episodes to start people off with enough to take a bite out of before falling back into the standard weekly release. However, there isn’t anything special going on at the end of its episode 3 to make it uniquely significant as an endpoint. In contrast, Stranger Things 4 is written with its release structure at the forefront. All major plotlines in the first volume slowly build to the payoff at the conclusion of episode 7.

Obviously the weird break alone isn’t what makes the season work. The season vastly benefits from simply being, ya know, well written. Imagine that.

Suddenly we have an intelligent villain with a personality. Sadie Sink’s gut-wrenching performance as Max lifts the show 10 feet off the ground and I’d have my innards ripped out by a flying swarm of Eddie Munson-stans if I neglect to mention what an asset Joseph Quinn has been to this arc.

While there are certain parts that drag like Eleven’s flashbacks and the California crew only showing up once or twice an episode to remind us they exist, the season’s ridiculous episode length itself never seemed to bother me. The Volume 2 finale in particular at its two and a half hour run time flew by. Everything we learn about Vecna’s past and motivation is what had been missing from the underwhelming Seasons 2 and 3 and has finally justified the show’s existence beyond the first. This season is answering compelling new questions that are actually worth asking.

In another timeline, the season could have continued all the way through to the end giving no time to savor the reveal. Alternatively, the Duffer brothers could have had us wait a full year (or three fuckin’ years) to get the next bit as the start of season 5.

Instead we get a measly, yet impactful five weeks. Just the right amount of time to keep enthusiasm high without losing our attention. The show simply steps back for a hot sec after we’ve all spent a weekend binging up to the cliffhanger of episode 7. Following the big reveal, the internet was left to discuss what the wild turn the show all had been building up, discover the joys of Kate Bush, and meme pictures of Jamie Campbell Bower drinking a Starbucks iced coffee in full Vecna makeup. For five weeks, Stranger Things was the central piece of media being talked about and shared across social media. We didn’t want to wait to find out what would happen next, but it was a good thing that we did.

Or maybe Netflix just wanted to get on-and-off subscribers to pay for two months instead of one.