One Piece Isn’t Too Long, You’re Just Afraid of Commitment 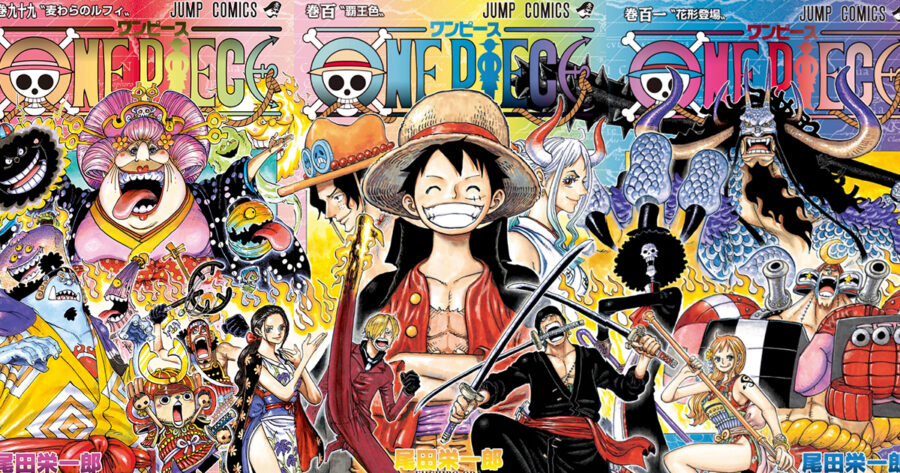 Author Eiichiro Oda recently announced that his manga series One Piece will be ending “soon,” within 5 years. The series is celebrating its 25th anniversary this month, so relatively speaking, 5 years feels really damn close. The manga is on a brief hiatus right now to prepare for entering its “final saga,” and Oda’s message to those uninitiated is that now would be the perfect time to catch up and join the crew. If your reaction to that is “no thanks, One Piece is too big and scary for me” you are quite simply a big old coward who is afraid of commitment.

But you can change. I can help you.

BREAKING NEWS: With Wano concluding, One Piece will be going on a 1 month hiatus from June 27th to July 25th so that Oda can prepare for the final saga pic.twitter.com/3W9q2kXBkH

I got into One Piece back when it first came to America. I was (un)lucky enough to catch the butchered 4Kids dub of it on FoxBox. Despite the glaring censorship which has been memed to death over the years, I somehow found enough enjoyment in it to keep watching. Eventually I stumbled upon the manga volumes at my local bookstore, and realized then how mangled the version I had been watching was, and with incredible resolve, I never looked back. I’ve been reading One Piece for well over half my life at this point, but that isn’t a problem for me because I’m not scared of loyal devotion to something I love — which is a message baked into the themes of the series itself.

It has taken time for One Piece to move past its poor first impressions overseas. Relatively untouched series like Naruto and Bleach surpassed it in popularity at the time, but as those began to fizzle out in quality, One Piece became more available and people were willing to give it a chance again. People who are more likely to have longer-lasting relationships, or stick to a job for more than six months, for example.

While the anime certainly has its ups and downs in terms of animation quality and pacing, strong and courageous fans have written up helpful guides to consume it in the best way possible if you truly desire to watch it. The One Piece anime is unfortunately still sort of tied to an old-school means of production, where the series must constantly be on-air every week of the year, and if you run out of material from the manga, just pump out some filler episodes or pad out the fights as much as possible. Think of Frieza’s “5 minutes” til planetary destruction, for example.

Newer series like Demon Slayer and My Hero Academia have opted for seasonal releases, which lends itself to less filler and higher-budget animation when production is allowed to be more focused and refined. The One Piece manga, however, has retained a level of quality and pedigree which have arguably reached new heights as of recently, so there is no excuse not to read it unless you find yourself holding back in most other areas of your life too. I mean god, who knows what else you might be missing out on if you’re not reading One Piece, right?

Running since 1997, One Piece has shown me that extensive length does not make a series bad. In fact, it has inspired me to seek out other long-running manga series with positive reputations, like Hajime no Ippo and Detective Conan. A series staying fresh for so long, over many iconic story arcs, can be a huge testament to its quality. Far too many people will write off an anime if it’s longer than 26 episodes, or won’t read a manga if it’s been running for too long. Sure, there are some series that need to be taken out back and put out to pasture, but One Piece is not one of them.

I try to be optimistic when it comes to humanity. It’s tough sometimes, but I truly believe people are capable of great things. That’s something that the fictional pirates of One Piece have taught me time and time again. So when I tell you that you should read a manga series that is over 1,050 chapters or watch an anime that seems endless, that isn’t me trying to punish you. That’s me saying, “I believe in you.” You know why? Because you are my nakama. Don’t know what that means yet? Read the manga, you’ll be better for it.