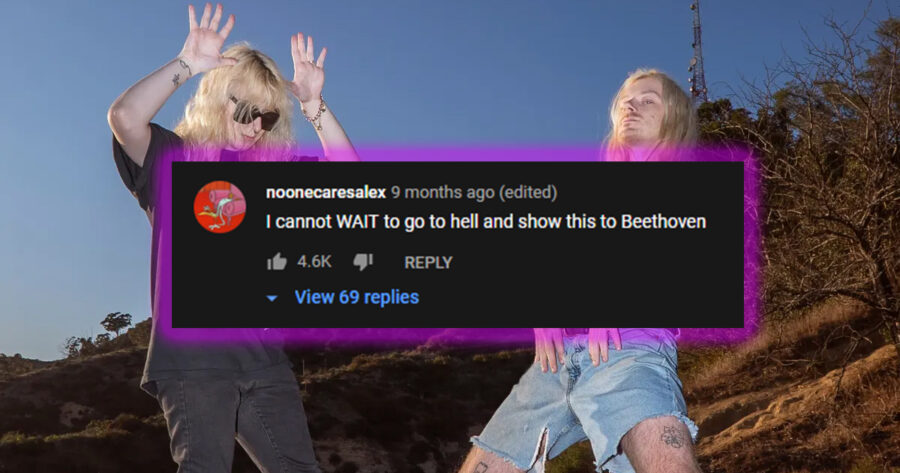 We live in a world where comedians are becoming less and less of a cultural force. COVID has put an end to many live comedy shows, the Upright Citizens Brigade theater has shut down, Dave Chappelle has put out several specials that are basically live solo podcasts, and comedians aim to get hired to write for a late night show or start a podcast to become a cultural commentator, either on the left or the right.

But maybe it’s time to admit that we no longer need comedians in the first place. Because we have something funnier than these rich kid losers now: the people who comment underneath 100 gecs videos on YouTube.

Fine, sure, whatever, real answer: 100 gecs is a musical group consisting of Laura Les and Dylan Brady. Arguably, right now, they’re the face of a growing genre called “hyperpop,” which can kind of be described as “everything all at once” and it’s terrific. It’s an assault of sounds that comes together into something incredibly new and fun. When I send a friend a 100 gecs song, I usually say something like, “I think you’ll really like this. It’s kind of a chiptune ska pop punk hip hop song, but also not really.”

Here’s the music video of the group’s breakout single “Money Machine” on YouTube:

The first time I heard 100 gecs, I found myself running through their music and videos and I went through a certain 7 stages of grief.

Maybe it’s because 100 gecs are the future that fans of 100 gecs are the harbingers of that future. Maybe not; I don’t entirely know what “harbinger” means. Nonetheless, here’s a list of comments I found under 100 gecs videos on YouTube that are as funny as any joke from any comedian working today: 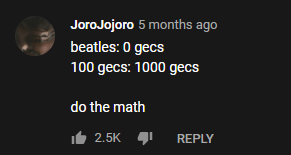