Nintendo Direct Mini: Here Are the Games You Can Spam in Chat Because They Won’t Be on the Stream 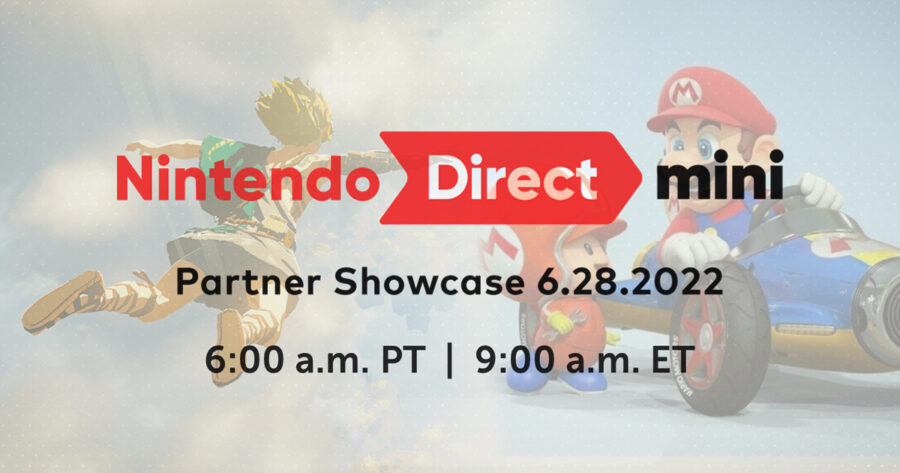 A new #NintendoDirectMini: Partner Showcase is on the way! Watch on-demand via our YouTube channel beginning Tuesday, June 28 at 6am PT for roughly 25 minutes of info on upcoming third-party #NintendoSwitch games.

What does that mean? It means you aren’t seeing any of the games you want to see tomorrow. This 25 minute stream, broadcast on Nintendo’s Twitch and YouTube, will only focus on third-party games from Nintendo’s partners. While there’s still plenty of exciting games that could appear during the show, that won’t stop 10-year olds from complaining in chat as Square Enix shows off another esoteric RPG remake.

But hey, don’t let us stop you. In fact, we’ll help you prepare for tomorrow. Here are all the games that you can spam in chat tomorrow, none of which will actually show up on the stream.

Type it all you want in chat. Go ahead. Write it a million times. This ain’t Candyman. The sequel to The Legend of Zelda: Breath of the Wild has a 0% chance of appearing during tomorrow’s stream, so keep praying. Hell, you won’t even see a remake of Oracle of Ages/Season, which leakers seem to think is in development. The only way you’re going to see Link during tomorrow’s broadcast is if Nintendo sticks him in another Hyrule Warriors game.

No chance in hell, champ. While there’s probably a sequel to Super Mario Odyssey coming in the next year or two, there won’t be a trace of it during tomorrow’s stream. Instead, you’re likely going to see Ubisoft’s Mario + Rabbids: Sparks of Hope, an actual third-party game. But hey, if you’re a streamer, don’t let that stop you from jumping and screaming when Mario’s hat appears on screen.

While there’s no way you’ll see Mario Kart 9 tomorrow, I’m positive you’ll see at least one Mario Kart clone at the show. Maybe it’ll be Disney Speedstorm. Maybe it’ll be a console port of Apple Arcade’s King of the Hill racing game (yes, that is a real thing). Whatever it is, you can take the moment it appears to make a sarcastic Mario Kart 9 joke in chat along with 1,000 other people. Get your chuckles in as it’s wiped off screen in .1 seconds.

Riddle me this: How can Metroid Prime 4 appear on this stream when it doesn’t exist? But look, don’t worry. If you’re planning on watching this stream so you can say “Mommy??” in chat, there’s a good chance Bayonetta 3 shows up on this stream. If you’re lucky, maybe she’ll wear her Samus amiibo costume from Bayonetta 2.

You are more likely to see Grand Theft Auto 6 at this showcase than you are Mother 3. Seriously, feel free to type GTA6 in the chat. It will be a more useful contribution in this specific case than typing “Mother 3.” In fact, there’s currently a rumor that Red Dead Redemption 2 might be getting a Switch port, which could appear during this show. If that sounds insane, it is still more realistic than ever seeing Mother 3 appear on a modern Nintendo console.