If You Want Good Open World Zelda, You Gotta Accept a Few Xenoblades 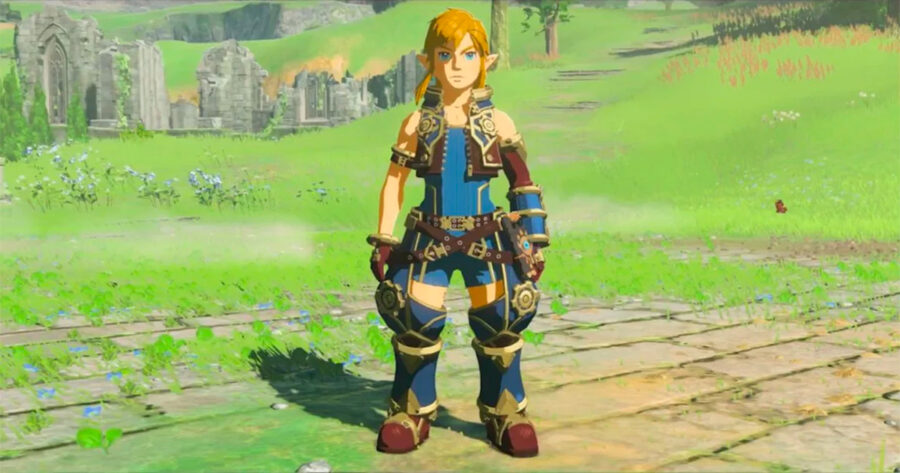 Nintendo recently honored a classic company tradition when they delayed the next Zelda game, Breath of the Wild 2, to Spring 2023. Although a bit disappointing, the news means that other Nintendo games will have a chance to shine this year. One such game is another long-running Open World series, Xenoblade Chronicles 3, which, listen, you’re just gonna have to deal with if you want more good Zelda stuff.

When Xenoblade Chronicles 3 was first announced during that February direct, it was received on Twitter as “more anime bullshit” and “WHY ARE WE GETTING THIS CRAP INSTEAD OF BOTW 2.” After this most recent delay, that question seems more relevant than ever. What is this weird British anime game? And what does it have to do with my precious Breath of the Wild 2? To answer that, it’s important to consider just how influential both the Xenoblade series and Monolith Soft, the studio behind the games, have been in helping the Zelda franchise sport a climber’s bandana and make its way up the mountain that is the Open World Genre.

Here’s a quick rundown on Monolith Soft: Monolith Soft was founded in 1999 by Tetsuya Takahashi, who left Square Enix frustrated with a lack of creative freedom, and was acquired by Nintendo in 2007. There, he created games like Xenoblade Chronicles, about a young blonde-haired man setting off on a journey to rescue his crush from a dark ruler while befriending quirky party members along the way. (OK, so maybe it wasn’t plot-based creative freedom he was looking for). But Xenoblade Chronicles, an ambitious open-world game that embraced exploration and discovery, was a surprise hit in 2010 and after a grassroots campaign, was localized in 2012. Nintendo knew they had talent on their hands, which is why they rewarded the company’s success with the highest honor in game development:  working as a support studio for games like Pikmin 3, Splatoon, and Animal Crossing: Happy Home Designer.

But Breath of The Wild needed to be a bold step forward for Nintendo. They could no longer rely on how cool it was that motion controls moved the Master Sword (which everyone admitted was VERY COOL and something they REALLY WANTED in a video game).

If you’re Nintendo, who can help you revitalize a series that has kept roughly the same formula since the Nintendo 64 days? The groundbreaking minds over at Gamefreak? Jesus Christ, no. Nintendo went with Monolith and it was a perfect fit.

Well it seems like these Xenoblade games acted as a testing ground for the ideas that were polished up in Breath of the Wild. So if we want Breath of the Wild games to keep getting better, we’re all just going to have to accept that Xenoblade is a vital part of the process.

If you like the lush world of Hyrule, filled with mechanical guardians able to one-shot you, you have to thank the original Xenoblade’s lush world of Bionis, filled with Mechon that could not be damaged unless you used a specific ability. If you loved the inventive Zelda quests like Tarry Town, then guess what, you actually need to appreciate the groundwork laid in Xenoblade’s Colony 6 rebuilding quest.

Even the lesser-discussed Xenoblade Chronicles X shares a similar open-world approach to Breath of the Wild by focusing less on the story and more on rewarding the player for exploring the world. And just like Calamity Ganon, Nintendo has also sealed Xenoblade Chronicles X in a hell dimension known as the Wii U. If you don’t believe us that this connection exists, take it from longtime Zelda project manager Eiji Aonuma, who explained in an interview how vital Monolith was in designing the large levels and natural environment present in Hyrule. That’s why Nintendo expanded Monolith’s involvement in the sequel, hiring 40 more people to work on the game at Monolith.

So while it is disappointing that we have a whole year before we can return to Hyrule, perhaps we can look forward to Xenoblade Chronicles 3 giving us an idea of what’s in store. Because they’re gonna be a big part of Breath of the Wild 2 whether you like it or not.