If Sonic Is So Fast, Why Is He 5 Years Late to ‘Breath of the Wild’? 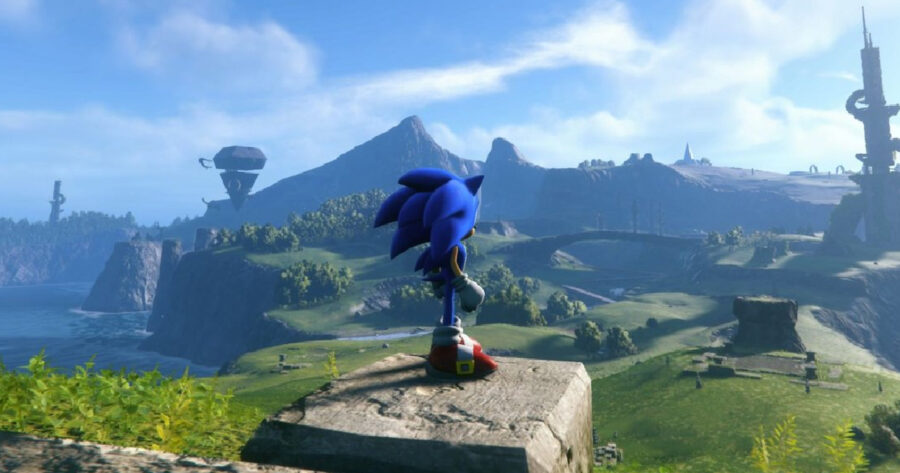 A video showcasing Sonic Frontiers gameplay was released yesterday, featuring Sonic’s gameplay in an open-world format. And after three years of waiting the answer is a resounding…not well. Sonic is all about speed, but Sega has come in last place in the race to capitalize on Breath of the Wild.

The footage made me realize there is one version of Sonic worse than a hyper-realistic CGI model with human teeth: a version that walks. For seven minutes I watched the blue not-blur stroll around a detailed world full of nature and puzzles an RA at college would set up to get awkward freshman to mingle. It’s trying so hard to be BOTW that, at one point, Sonic stops running up a wall like a badass so he could climb up like a chump. Fingers crossed they haven’t also added a stamina meter and breakable shoes.

Sonic may be the ultimate speedster, but sometimes it feels like every new Sonic game is a desperate attempt from SEGA to capitalize on a trend years after everybody else did. Sonic Unleashed was criticized for trying to force a God-of-War-like section with its Werehog levels, while Sonic Lost World looks like it was made to be a Super Mario Galaxy ripoff for mobile phones.

It’s usually a good thing when games incorporate features from other new games. We wouldn’t have Breath of the Wild if the team behind it hadn’t been inspired by Skyrim and Shadow of the Colossus, or without the hard work of the Xenoblade team. But while Zelda and other games considered which features would improve their game, Frontiers looks like it’s just copy-pasted in the world of Hyrule and added some rails. It’s gonna be harder to believe Sonic is the fastest creature alive when Genshin Impact is running laps around the poor bastard.

Sonic was once the coolest kid on the block. Now he lets his mommy dress him. It’d be better off learning from a game like Tony Hawk Pro Skater, but we’ll probably be back here in five years talking about how Sonic traveling the land to become Elden Lord doesn’t work either. (Sidenote: they better at least call that game Sonic: Elden Rings.)

And for the love of god just bring back Chao Garden already. Maybe SEGA should try being inspired by the Sonic games that have worked.