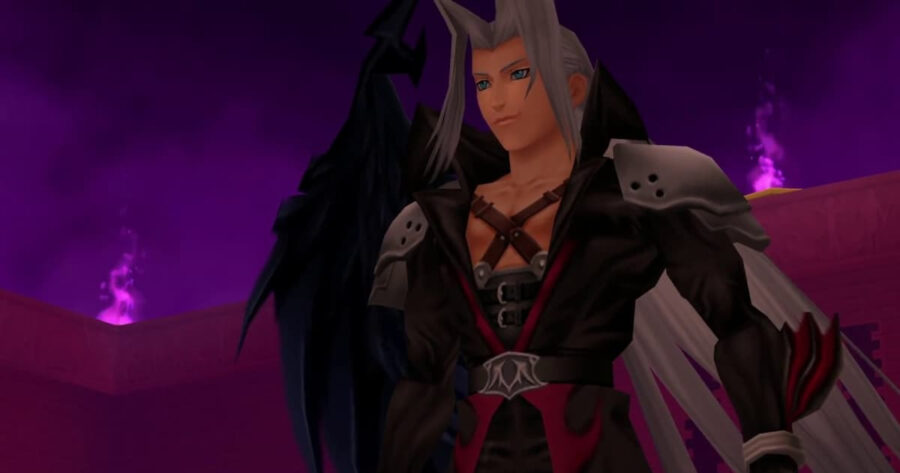 With the impending release of Final Fantasy VII Rebirth, the next installment of the increasingly inaccurately named FF7 Remake project, fans are worried that it might get bogged down by what they deem an invasive species of sorts. That species? Kingdom Hearts.

To some, Kingdom Hearts director Tetsuya Nomura has weaseled his way into a position of power in the FF series just to ruin the reputation of every 90’s child favorite JRPG (well, second behind Pokemon I guess). What are the common symptoms of infection? Timeline shenanigans, multiple versions of a character, the ever bland and passe conceit of capital L Light vs capital D Darkness And worst of all? The power of friendship and bonds always saving the day. All these cliches and concepts are ones fans would never want to see in a series as sophisticated and mature as Final Fantasy.

Unfortunately, I have the unenviable job of telling you the truth. All this nonsense that you are dreading? It has been in Final Fantasy way before Kingdom Hearts could ever be conceived in that fateful elevator ride with a Disney executive.

The first Final Fantasy features time loops and Warriors of Light. Final Fantasy IV has you face the physical manifestation of darkness inside your heart. Final Fantasy IX includes a location made of everyone’s memories woven together. Yes, even Final Fantasy VII has some variation of these elements. The Lifestream being a suitable comparison to the titular Kingdom Hearts. Both are composed of those who have passed, acting as a sort of catcher’s mitt for the souls (or hearts) of all. Both are also in danger of being misused by the white-haired antagonists for their own selfish goals. And of course, almost every Final Fantasy follows a group of people whose bonds and friendship help them band together to face the final bad guy.

I don’t know, sounds pretty Kingdom Hearts to me!

Kingdom Hearts was released in 2002 and made (and will continue to make) several thousands very mad. By taking the base elements of a Final Fantasy and distilling it into the animated canon of Disney, we began to see how silly some of these concepts are and can be. Having Goofy and Donald talk about world ending cataclysms and the power of light instead of a beautiful bishonen might be part of the reason why. Having these all-ages cartoon animals be integral to the story made some believe that Kingdom Hearts is a “kiddie” game with “kiddie” themes and elements.

Here’s a recent example. A trailer for Kingdom Hearts IV reveals that Sora has been transported to another world, one that is explicitly described as an afterlife proxy. Now, Final Fantasy would never do something as silly as shoving a main character through a portal into an afterlife-esque alternate dimension, right? Please do not ever play FFX and my point will remain valid.

Yeah, you could argue that these series have gone off the rails, but were they ever truly on them to begin with?

Yes, you should expect that same level of unhinged storytelling from Final Fantasy VII Rebirth, but that’s not because of Tetsuya Nomura. These are the things that make Final Fantasy, well, Final Fantasy. Nomura isn’t conspiring to destroy your precious memories of running around Gongaga or Nibelheim; he’s just amplifying that experience to a thousand percent with his meta remake. No matter what happens in FFVII Rebirth, it will be 100% Final Fantasy, because it’s a series built on enjoyable nonsense.

Maybe it’s not the series that has changed. Maybe it’s you.