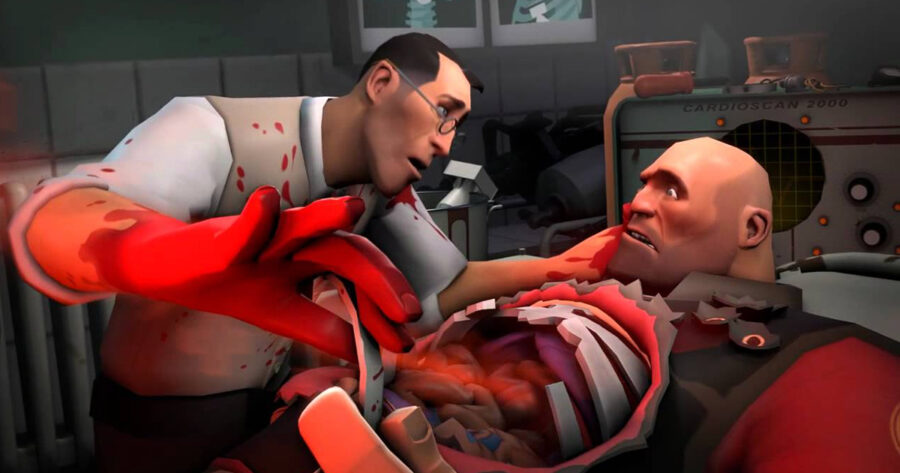 Team Fortress 2, the team-based multiplayer shooter that’s almost old enough to drive at this point, received an update today that fixed some of the issues that have plagued the game for the past few years. This update seems to be in response to the community decrying the game’s issues after next to no fixes had come for the problems plaguing the game (mainly servers being full to the brim with bots). It looks like with this update, the game can finally be playable again.

Send in the bots

TF2 has been in a bit of a weird spot the last few years. The last major update for the game was the Jungle Inferno update in 2017, and besides the yearly Halloween Scream Fortress events there hasn’t been a lot of new content for fans to grasp onto. Frankly it’s incredible the game was still getting updated in 2017 ten years after release, when most games now get taken out behind the shed with a shovel and a shotgun once they hit the ripe old age of three – if they’re lucky. Since 2017 there’s only been rumors about the next major update, along with a very dedicated twitter account keeping the community informed.

Following the source code for the game leaking in April 2020 and, you know, the whole pandemic business happening at the same time, it seemed that Valve had officially put the languishing free-to-play game on the backburner in favor of other projects going forward. As a result, TF2 became a wasteland with bots inheriting its lifeless corpse. It was basically like hanging out in a scene from Terminator Salvation.

Even though the game has seemingly been on life support for a while, dedicated players (yes, they still exist) got more vocal about the distressing state of the game. Fans came together with the purpose of getting Valve’s attention on the matter, #savetf2 started trending on Twitter, a bunch of content creators no one has heard of in years came crawling out of the woodwork to help save the game and one Redditor tried to bring attention to it by going to Valve HQ itself.

And you know what? It seemed to be working. At the end of May, the official TF2 Twitter page put out a message for the first time in two years saying that the devs were actively working on the problem. Now here we are, one month later and there is finally an update to the game addressing the problems.

Did it fix every problem? No. Did it fix some of the problems? Ehhh, a little bit.

Too medium, too fucking finally

The latest patch, outside of a few standard bug fixes and updated localization files, appears to be a band-aid on a bullet wound, but it’s a good start for fixing TF2. The changes that stand out include now preventing names from being changed during matchmaking games, which had previously been used as a way for bots to dodge vote kicks, and allowing both teams to vote kick players at the same time, which should help speed up the process of eradicating the Matrix-style bot plague.

It’s not so much a case of ‘too little, too late’ so much as it’s a case of ‘too medium, too fucking finally.’ While it hasn’t fixed every issue the game has by far, it’s a good tiptoe in the right direction for the life of the game. More importantly, it’s brought back a little bit of faith that Valve isn’t going to completely abandon TF2, and that more updates to fix the problems will come.

Maybe that’ll be enough to keep sustaining the game for another decade, maybe it will prove to be beyond repair and slowly fade away, maybe this will finally start getting people to stop confusing TF2 with TF2. But hey, at least it’s not as fucked up as that game. Only time will tell, but since Team Fortress 2 has survived at least nine or ten ‘TF2 Killers’ over the years, I’m fairly certain that the game will live longer than I will out of sheer stubbornness.

Regardless, I’ll see you all in 2034 when the new Heavy Update gets announced.