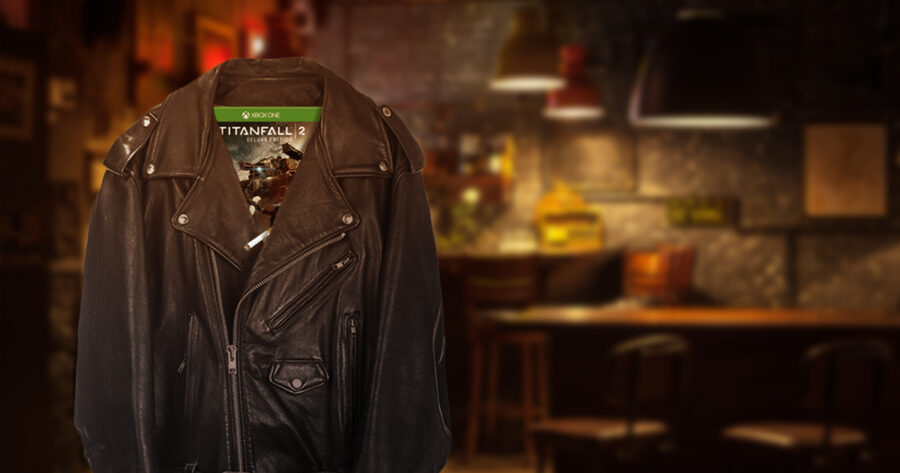 LOS ANGELES — On the heels of the success of Apex Legends, thousands of players have returned to Respawn Entertainment’s previous title Titanfall 2, which comes as no real surprise according to the leather jacket-clad first-person shooter.

“Yeah, I knew all you ungrateful shits would come crawling back,” the game said in an interview Friday, rolling a toothpick in its fingers. “Where else are you going to find this combination of free-running gunplay, seamlessly joined to a knock-down, drag-out team mech fight?”

At launch, Titanfall 2 was praised for both its multiplayer and surprisingly inventive campaign mode. Despite this positive reception, an unfortunate launch season saw much of its audience leave for Battlefield 1 and Call of Duty: Infinite Warfare.

For its part, Titanfall 2 claims not to have been bothered by the mass exodus.

“Battlefield 1′s campaign is garbage. IW did the same shit they’ve been doing since CoD 4. None of them could make you fall in love with BT-7274,” he said, referring to the campaign’s semi-sentient titan character. “You should have to beg me to take you back.”

Of those that did come crawling back is Jared Kuhns, who bought Titanfall 2 at launch, then left for Battlefield 1 after a few months, only to return after playing a few hours of Apex Legends.

“We grew apart, Titanfall 2 and I, a few years back. It just happens you know?” he said of their decision to split. “But I was sitting there, wishing I could run on walls again, and I knew it was time to go back. What can I say? Titanfall 2 makes me happy.”

“I’ve got this Camaro in the garage I’m trying to get running. Might shut down the servers to pay for a new block. Who knows?”