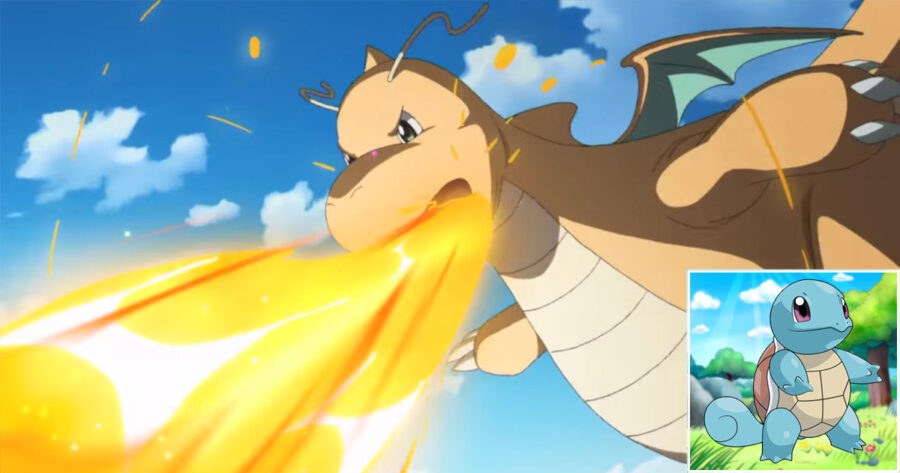 KANTO — Several minutes after being hatched from an egg received from a nearby day care center, a newborn baby Squirtle gained 23 levels at once while watching a Dragonite on his team beat the shit out of the dragon-type gym leader Raihan, sources confirmed earlier today.

“When Squirtle hatched, he was only level 5, so I knew he would need a lot of work before he could actively participate in battles,’ said trainer Chester Williamson, gesturing towards the water Pokémon who had already evolved once despite being less than a half hour old. “I figured sticking him in my rotation would let him learn a thing or two from the more experienced members of my party, but I had no idea he would learn this much this quickly just by watching Dragonite use Dragon Breath a few times.”

Galar region researchers are eager to study the Pokémon following the unprecedented event.

“I see Dynamax and Gigantamax Pokémon that can grow to the size of skyscrapers every day, but I’ve never seen a Pokémon level up this quickly just from watching other Pokémon battling,” said esteemed region expert Professor Magnolia. “What is its secret? Is there some ancient power lying deep within it? There’s certainly much that we can learn from this Squirtle — oh, it’s already evolved into Wartortle. Fascinating!”

Audience members who attended the battle between Williamson and Raihan said that while it was exciting to witness the unusual event firsthand, it got kind of boring to sit and watch the Squirtle keep learning and forgetting moves for 15 minutes.