New Patch Fixes Glitch That Made Pen Mightier Than Sword 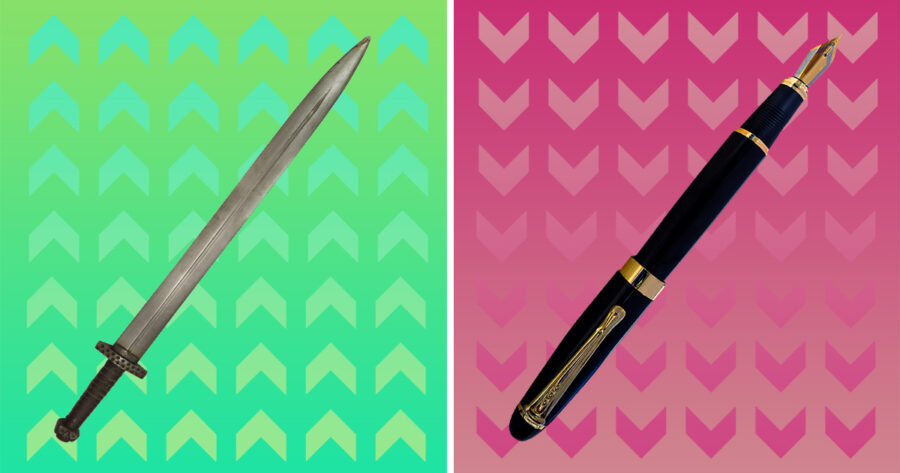 EARTH — Developers of the planet Earth have released a new patch that fixes a thousands-year-old glitch which accidentally made pens mightier than swords.

“Oooh boy, this is a pretty embarrassing glitch,” explained a developer in a recent blog post announcing the patch. “It should have been pretty obvious to players that the swords should be mightier than pens. They stab, they slice, and they’re big hunks of metal. Pens, though? Those are gimmick items, at best. Sure, they have that little writing perk, but that doesn’t mean they should have been as mighty as swords! You can’t even kill someone with a pen, unless you’re a really advanced user like that John Wick guy. Better late than never, but I’m glad we finally patched up such an old glitch.”

“This is a pretty common occurrence in programming, but we’re lucky that we’re able to release patches,” the post added. “You look at games like Halo: Combat Evolved, and you just know that the pistol was never supposed to be that powerful. Here on Earth, though, thankfully can set the record straight so that gamers can enjoy a more balanced meta.”

Despite the obvious error in programming, the fact that the pen has been mightier than the sword for so long has been seen by many players as a positive.

“Whoa whoa whoa, the pen being mightier than the sword was like my favorite thing about this planet! Now I gotta learn a whole new meta?!” complained author Cormac McCarthy. “I’ve spent my whole time playing Earth being a solo pen main and I loved it because the mechanic was so deep. I mean, for all of human existence, we’ve said that history is written by the victors. Now it’s just about who has the best sword? They should at least release a legacy server for those of us who want to play the old way. Once again the devs have fucking ruined this shit.”

“This is a pretty big issue for those of us at the top of the server who have dedicated our lives to getting good at this,” said United States House Majority Leader Nancy Pelosi. “My whole persona and income is wrapped up in this one class. It’s just totally unfair.”

Some players, however, have embraced the new change.

“Honestly, I like when the devs shake up the meta. I might not be a pro or a hardcore player, but as a casual who just likes to try new stuff, I’m down to mess around with swords if they got a buff. I wasn’t big into the pen mechanic anyway, it was too complicated,” said local Earthling Bert May. “I just hope they nerf guns a little bit. That shit has been so dominant and unfair for, like, ever and I’m so bad at countering it. Any time I try to pull out a mace or a spear, I just get insta-shot. And don’t get me started on how long and how expensive it is to get out of the hospital sections of life.”

At press time, developers assured players that they shouldn’t get too concerned about future patches anyway, as they were already working on Earth 2, and would be shutting down the old Earth servers soon after the final “Climate Change” storyline anyway.