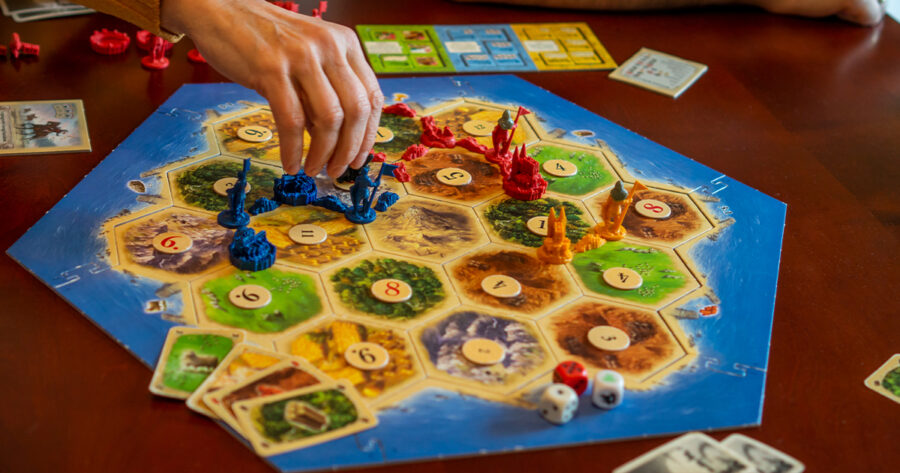 BREUBERG, Germany — Settlers of Catan designer Klaus Teuber announced a new version of his acclaimed board game that replaces the standard rulebook with a friend who already knows how to play.

“It only made sense for us to do an expansion pack with a knowledgeable friend. Has anyone actually sat down and tried to read that manual?” Teuber said. “I want people to experience this game how it was meant to be, with someone else digesting the novella of a rulebook and spitting out only the really useful bits. This will also help the environment because there are so many rules to Catan means that not printing them will literally save entire forests.”

Board game fans who have heard of Catan but previously avoided it due to complexity say they are excited to finally be able to dig into the famed game.

“Catan always intimidated me. The rulebook was also impenetrable, it felt like I was trying to figure out how to diffuse a bomb with help from Thomas Pynchon,” Humbert Walters, a board game fanatic, said. “Every time my friends tried to play it would end in a shouting match about how to interpret some arcane clause. So now I’m very glad to finally dive into the game the way God intended: with all of my friends yelling together at the one person who’s forced to interpret the rules for us.”

Those hired by Catan to become a walking, talking set of guidelines are more than thrilled for the opportunity.

“This job is hard. I need to know the rules inside and out, know each possible outcome in the game and have an answer prepared,” said Johnny Tarpal, one of the game experts hired to be packaged inside of new deluxe editions of Catan. “But knowing that I can help a room full of friends understand what kinds of resource trades are allowed makes it all worth it. Wait, I just got a text asking about how to build a settlement.” After a few moments of silence, Tarpal began again, “Fuck, I gotta look this up.”

At press time, Tebuer said he was also considering a deluxe re-release of Catan’s Explorers and Pirates expansion that would come packaged with a friend who’s actually interested in trying that out.