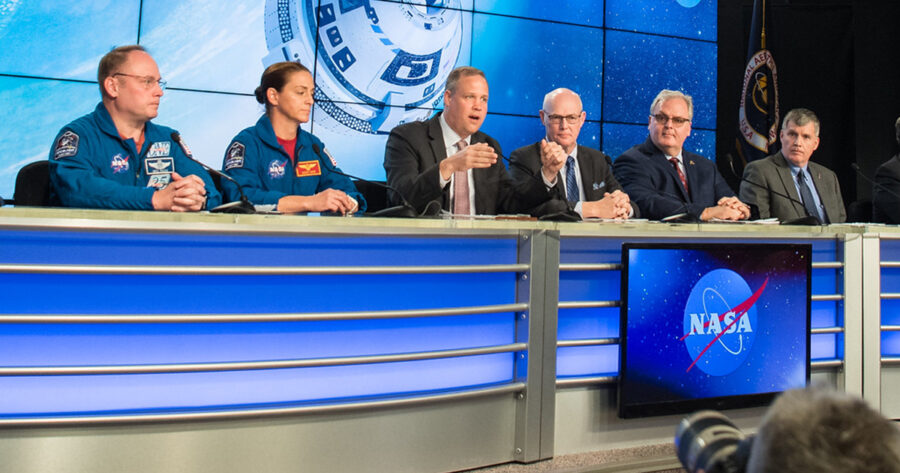 WASHINGTON — Top scientists at the National Aeronautics and Space Administration released a statement to fans today, urging them to “watch this space.”

“NASA fans are going to want to watch this space for sure 👀,” said Administrator of NASA Bill Nelson. “I mean, like actual space. Well we’ll be watching this space too, because that’s our job. We use really big telescopes. But you should watch it… because there’s gonna be stuff up there coming soon. Sorry, I mean the stuff is already there — planets and such. Been there a really long time, actually. But we’ll be announcing some of the stuff here on our social media accounts. So watch this space to see what we found watching the other space, like outer space. God damn it, I’m too old for this shit.”

According to those familiar with the situation, in an effort to balance the national budget, the Biden administration has instructed NASA to either modernize its language and revenue-raising strategies or expect severe budget cuts.

“We might be going to war with Russia, man! We need cash, baby!” explained President Joe Biden in a statement to the press. “If NASA wants to keep grooving here, they need to get with the times. Start a Patreon or something. Get used to posting emojis on your account. Hire a kid to do it — I don’t care — but get it done or else that money is going right back into the military. You gotta figure these things out. You know, when I was a kid, I went door to door selling weed popsicles. Sorry, I shouldn’t say that. I was selling marijuana popsicles.”

Despite complaints about the new agenda from top members of NASA, the promotions have been met with very positive responses.

“OMGGG!!!!! YESSSS 💖💖💖” said one of several thousand NASA stan accounts that have popped up on Twitter, Instagram, and Tiktok over the past few weeks. “STAN NEPTUNE!!!!! WE LOVE YOU SO EXCITED!!!!!!!” The account also posted a video featuring various photos and clips of the planet Neptune edited together in a slideshow over Doja Cat’s “Boss Bitch.”

At press time, NASA revealed that the exciting news was a comet expected to hit Earth and end all of life within the next few days.