Force your foes to dance the electric boogie. 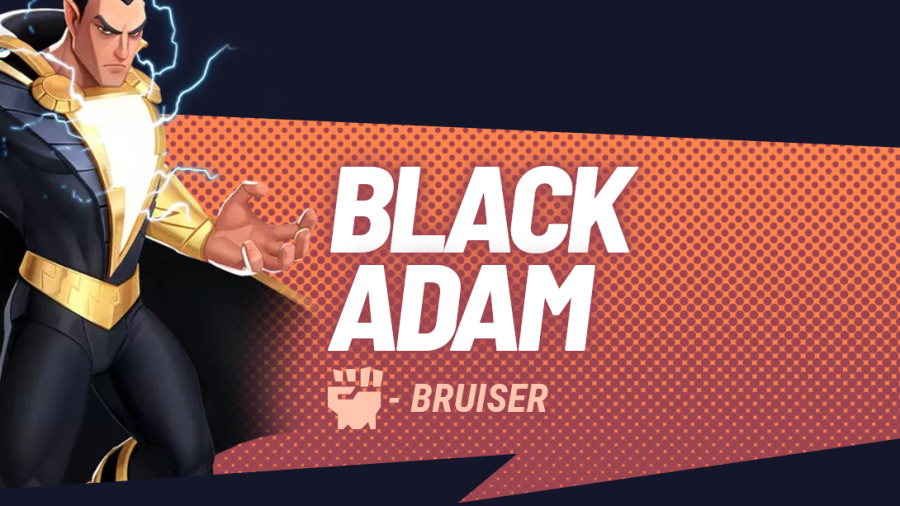 Black Adam, the latest Bruiser added to MultiVersus is a DC villain-turned-antihero who channels the power of the ancient Egyptian gods to shoot lightning and sometimes perform the People’s Elbow.  Bruisers are usually balanced fighters with decent attack and defense. Black Adam certainly has both of these: he’s heavy, has incredible recovery, and can hit extremely hard. However, he’s an “Expert” character. His restricting weakness is his speed – a misplaced move from Black Adam is easily punished, and several of his moves take extra aim to connect. If you want to roll with the King of Kahndaq, you need to be ready. Here’s our MultiVersus Black Adam guide. 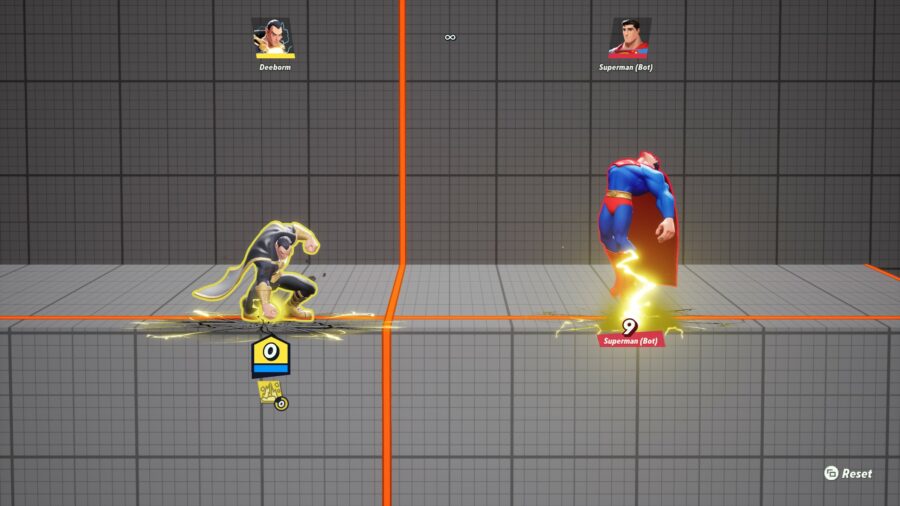 For the first part of the MultiVersus Black Adam guide, I’ll describe his basic attacks. Most of them are slow, powerful strikes, but some have unusual special properties. 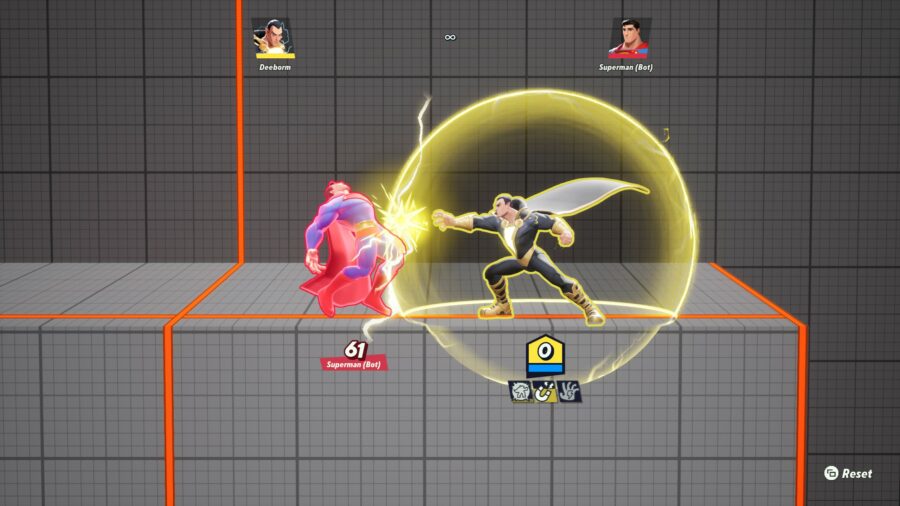 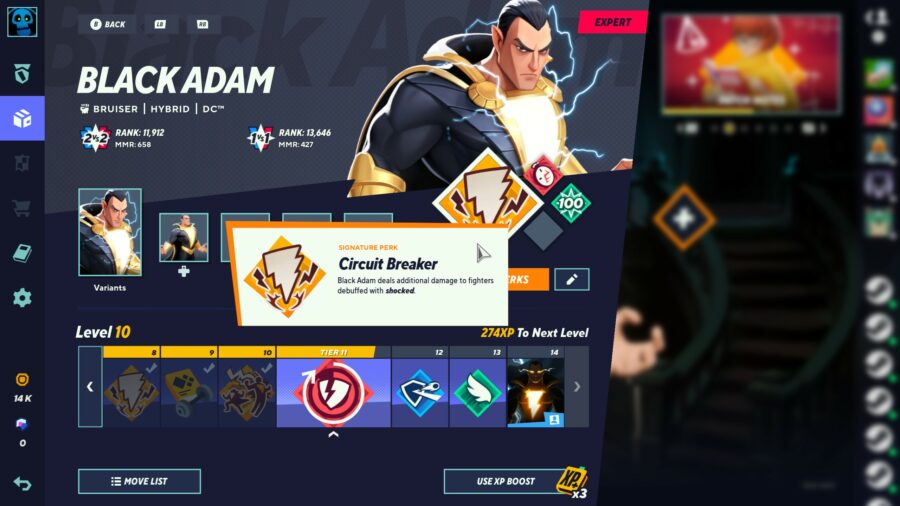 For the last section of the MultiVersus Black Adam guide, I’ll go over his perks. He has two Signature Perks, each one emphasizing a different playstyle.

Black Adam has two main paths for his secondary perks: cooldown reduction or defense. Since Black Adam has so many cooldowns (six different moves!), cooldown reduction should be a priority. His earliest perk, I’ll Take That, fits nicely. It refreshes some cooldown when you hit a Shocked enemy. But remember, only a couple of your attacks actually cause Shock. Coffeezilla‘s flat cooldown reduction is a lot more reliable, as is the dodge bonus from I Dodge You Dodge We Dodge.

Since Black Adam has no natural armor, defensive bonuses are a little extra important. Tasmanian Trigonometry is an obvious pick, letting the bulky Bruiser survive a lot longer. Pair it with Last Stand, and his deadly strikes will hit much harder.

The right partner can compliment Black Adam nicely. An easy choice is Garnet, whose electric attacks have some synergy with Black Adam’s Circuit Breaker. Since Black Adam is so slow, a quick Assassin teammate like Harley or Stripe can keep the enemy locked down and vulnerable to Black Adam’s slow finishers. Lastly, an armor-focused supporter like Wonder Woman or Steven Universe can take the edge off of Black Adam’s slow, punishable strikes.