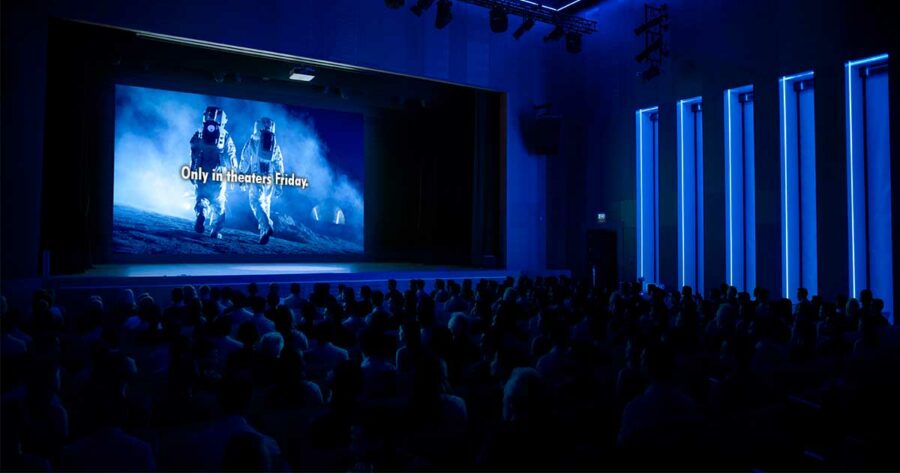 LOS ANGELES — A trailer for the upcoming film Rocket Guyz claims that the film will “only [be] in theaters this Friday” despite the fact that it will actually be in theaters for a few weeks after Friday as well, according to pedantic sources.

“That trailer just said Rocket Guyz was only going to be in theaters Friday? Uh…no? That’s literally not true,” said film-goer Reuben Bradford. “I mean who worked on the marketing for this movie? Because they just made a huge mistake. I bet literally thousands of people are going to think that the movie is only in theaters for one day, when in reality, it’s actually in theaters for many more days than that. This is why movie theaters around the country are closing in record numbers — trailer editors are too lazy and foolish to have accurate listings in their promotions. If it were up to me, the trailer would end with, ‘in theaters this Friday, as well as a period of time after that, which will be determined based on how well the film does.’”

Following widespread criticism, a representative from the production company that worked on the film published a formal apology.

“We are so deeply sorry for the hurt we caused by claiming that our new film Rocket Guyz would be blasting off only in theaters this Friday. This was obviously a mistake — fans of the Rocket Guys will be able to view their whimsical adventures in theaters for a few weeks after Friday, as well — and we know now that we should have never claimed such a thing,” said Dean Gaines, head of Macho Macho Productions. “We hope that fans continue to see Rocket Guyz in theaters, be it on this Friday, Saturday, Sunday, or any of the several other days that film will be there. If this movie doesn’t make three times its budget, it will devastate my career, and I likely won’t be able to produce any more movies after the next ten or so.”

At press time, a new wave of COVID-19 shut down movie theaters worldwide, forcing Rocket Guyz to terminate all showings after this Friday.