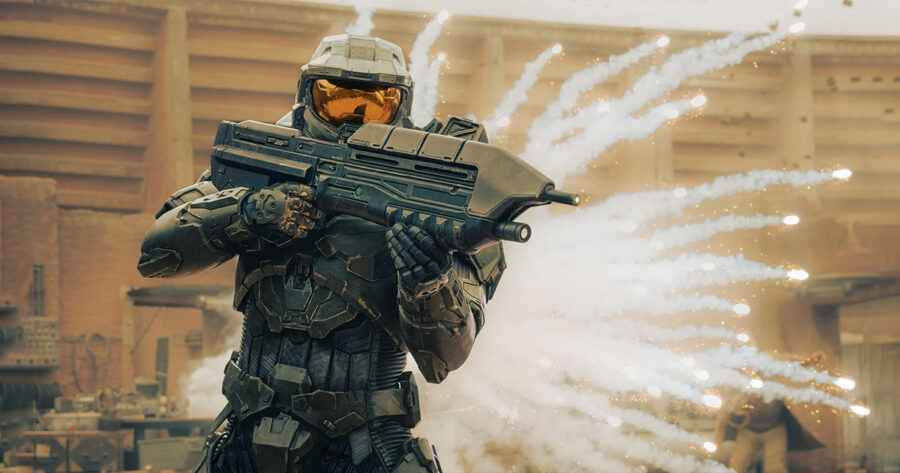 REDMOND, Wash. — Microsoft has confirmed that the Paramount Plus streaming series Halo is not canon to the established plotline of the video games if people think the show totally sucks.

“If you guys do end up liking it, we’re so excited for people to see the TV series expand on the Halo universe,” said Phil Spencer, CEO of Microsoft Gaming. “But rest assured, if you guys do end up thinking that it’s totally unwatchable dogshit, it will not be canon to the events of the Halo series and we can just silently agree to pretend it never even happened.”

Feedback to the series has been divisive among diehard fans of the Halo video games.

“I was honestly excited for the show. I’ve been playing these games since 2001, and always thought they could be made into a pretty good movie or something,” remarked dedicated Xbox fan Foster Thompson. “But after buying a Paramount Plus subscription just to watch the show and then getting to see how bad it is, it’s a relief to know that the events taking place in it don’t matter to the story of Master Chief or the Halo franchise at large, which I have also hated since 2012.”

Reception hasn’t been entirely negative, as some fans have praised the series’ bold new direction and look forward to releases of new episodes each and every week.

“The Halo TV series does not disappoint, and it’s awesome that Master Chief finally gets to fuck,” said getgood343, a moderator of r/halo. “Despite Microsoft’s comments, the events of the show are apparently now my own personal headcanon and do in fact exist to flesh out the games’ story. You can never take that away from me!”

At press time, Microsoft and Paramount had just announced a new Gears of War TV series, which they confirmed will be “actually a comedy” if people make fun of it.