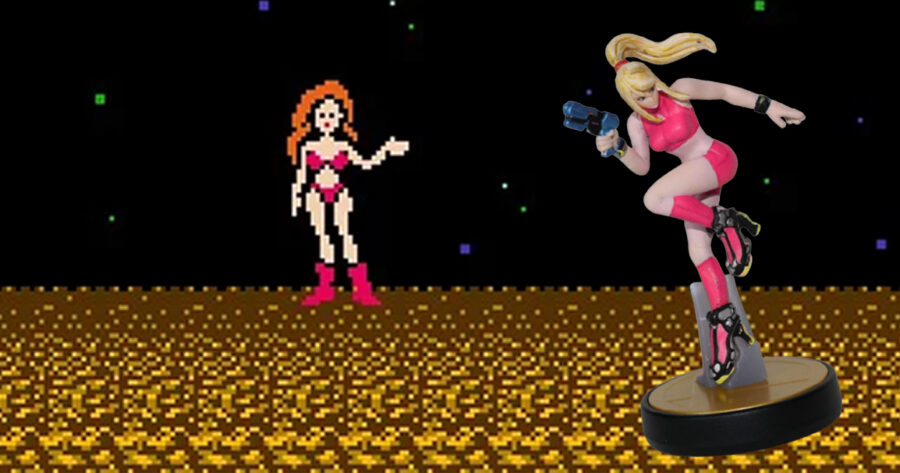 KYOTO, Japan — Nintendo announced a surprise HD remaster of the original Metroid today in which you have to play as a male Samus unless you purchase a female Bikini Samus Amiibo with it for $25.

“We’re really excited about giving new fans access to such a classic, but come on — we still gotta get paid, right?” explained series designer Yoshio Sakamoto. “Everybody loves the iconic reveal that Samus is a woman, and if you want that sort of quality-of-life update, you’re just gonna have to pay up. We know you can’t actually see what Samus looks like under all that armor, but unless you buy a $25 amiibo, that’s a guy. Sorry!”

According to those familiar with the situation, the game alerts players when they boot up with a message which clarifies that Samus is indeed “a guy” underneath his armor if they have not purchased the amiibo.

“Let me be perfectly clear: if you don’t give us the money, Samus is canonically a dude wearing board shorts under that armor the entire time. No undies underneath. You know what? Fuck it. His name is just Sam,” Sakamoto added. “This is all a big experiment to see what people are willing to do to get their beloved features. Their feachies, as they call them. We’re more than willing to give Mario just two jumps in the next game if people don’t pay up for that third. OK? We’re not fucking around here.”

At press time, Nintendo announced that players will be able to automatically unlock all future Amiibo-restricted content by simply purchasing a towering $500 fifteen-foot-tall Shigeru Miyomoto amiibo.