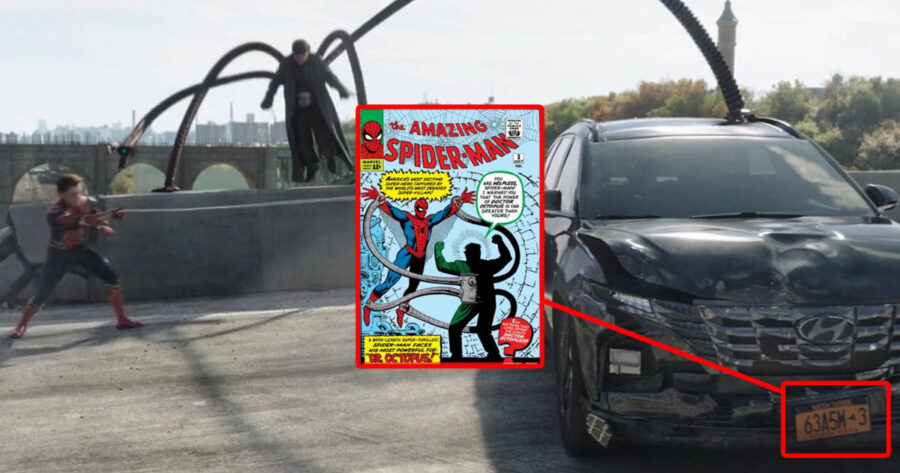 Facebook0Twitter0Reddit0
X
BY Jeremy Kaplowitz ON May 3, 2022

ATLANTA — Marvel Studios graphics editor Hal Dawson was reportedly frothing at the mouth this morning with excitement over the opportunity to make a license plate in Ant-Man and the Wasp: Quantumania a reference to a comic book.

“Oh my god, Ant-Man has a fight scene in the middle of stand-still traffic on Interstate-405?! That’s… that’s thousands of license plates! Holy shit, oh my god, that’s so many fuckin’ license plates. Holy shit, man. I gotta get my hands on these plates!” Dawson said, upon learning about the upcoming scene. “Oh my god, we can pack so many obscure comic book references in this thing. Ant-Man issue numbers, Wasp issue numbers, writers’ birthdays, Stan Lee’s social security number… get ready to pause, Marvel fans, because you’re gonna be googling license plate numbers for days.”

According to those familiar with the situation, Disney uses the license plates as a way to keep digital artists working on films happy.

“We do roughly 90% of all our movies on sound stages in front of green screens because the digital people aren’t unionized — both the people who work on the digital parts of the movie and the literal thousands of digital people they put into each scene,” explained Disney executive Lenny McGill. “That’s why we need to keep them busy and distracted. These guys are absolute nerds. So if we dangle a bunch of empty license plates, billboards, and Daily Bugle newspapers for them to fill out, they get so damn excited they don’t have time to think about the fact that their working conditions are so out of control.”

“Not to brag, but it was my idea, actually,” McGill added. “My whole job is just keeping these artists in line. And that’s why I get paid $10 million a year.”

At press time, every single detail of Ant-Man and the Wasp, down to the second, was leaked on Reddit.