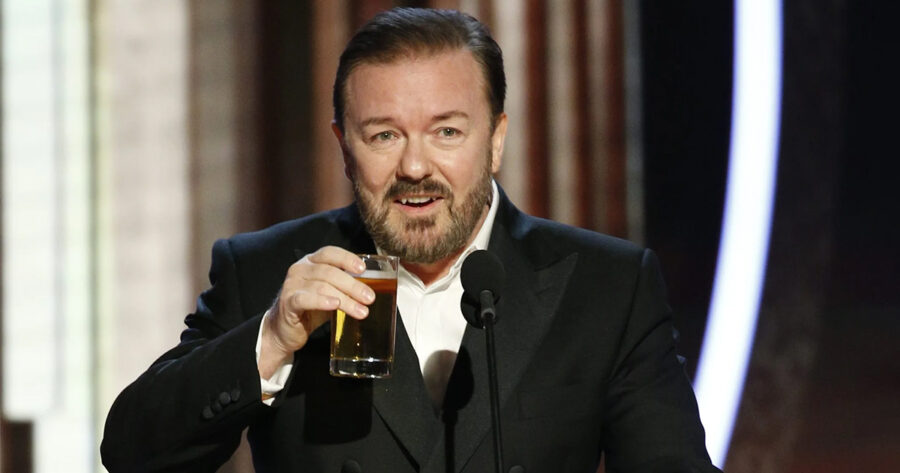 Facebook0Twitter0Reddit0
X
BY Jeremy Kaplowitz ON May 23, 2022

LOS ANGELES — Comedian Ricky Gervais was found dead at age 60 in his home this morning after a massive fire in Los Angeles burned away all low-hanging fruit, which was his only source of sustenance, according to those familiar with the situation.

“It’s so tragic what happened to Ricky. It’s a shame to think that we’re all living in a world without him,” said a family member close to Gervais. “It pains me to think that we won’t be ‘havin’ a laugh’ with Ricky anymore. Well, I guess, to be fair, we haven’t been havin’ many laughs with Ricky for the last several years, given what his output was. I mean, did you see his show Derek? No, that’s right, I’m not sure anyone did. But you get what I mean.”

“If only he could eat that higher-up fruit,” the family member continued. “Back in his The Office days, he could reach and eat any fruit on the branch. But as the days went on, he became comedically hunched over, and was only able to reach fruit hanging lower and lower on the tree. Had this fire occurred 20 years ago, I like to think he would not have starved to death. But we’re not even in the days of Extras, anymore.”

According to a representative from Netflix, the streaming service is close to releasing Gervais’ next stand-up special, which will now be released posthumously.

“To say the least, we’re all shocked here at Netflix. Well, not shocked, because we knew about Ricky’s condition, and we heard the news about the fruit, but saddened,” said the Netflix representative. “Gervais’ new comedy special, which he insisted on calling Even More Triggered, really pushed boundaries. To be clear, it pushed boundaries in the opposite direction from where comedians usually push them. But it pushed them nonetheless. It pushed them backwards. It’s a damn shame that we won’t be able to see him promoting his new material, surprise-opening for John Mulaney at various locations around the country.”

At press time, Gervais’ body was preserved according to the specifications in his will: nailed to a cross with the word “contrarian” carved into his chest and placed in front of the Hollywood sign.