Mario + Rabbids Pristine Peaks: Where to Find the Penguins

How to complete the sidequest for one of the most helpful Sparks. 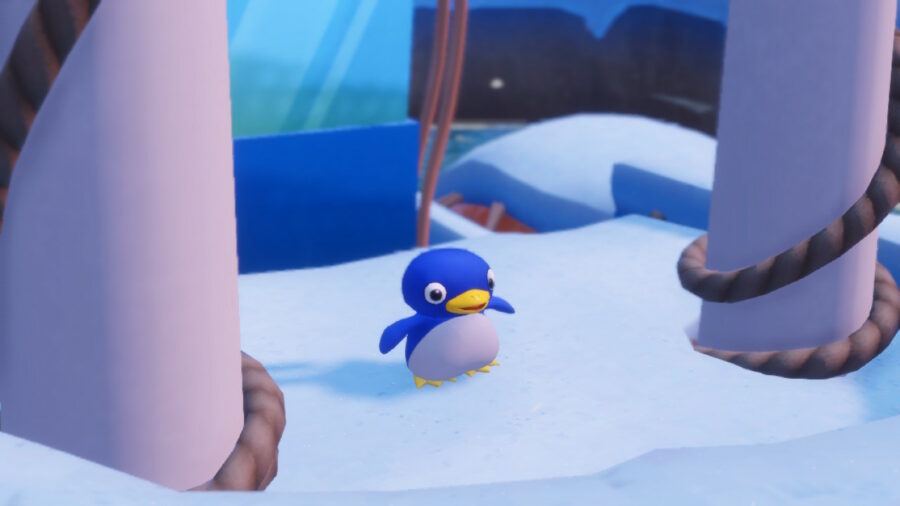 At the end of Pristine Peaks, the second world in Mario + Rabbids: Sparks of Hope, near your ship, you’ll likely come across a new Spark looking for penguins. Specifically, a pink Spark with a balloon-like attachment on its back named Regenesis. This Spark will be incredibly useful in your journey. As the name implies, its active ability allows the equipped hero to regenerate health for two turns. In addition, its passive boost increases your hero’s Max HP.

This spark is an invaluable addition to any team composition, whether you want to further boost an aggressive hero’s high HP, or help make up for a weaker hero’s shortcomings. But, to recruit this Spark, you’ll first need to help it out with something. Regenesis is playing hide & seek with his penguin friends, but can’t seem to find them. Your job is to help Regenesis find his friends, then put them back on their boat. You have to throw them back on the ship (and throw them hard!), but Regenesis doesn’t seem very concerned, so you shouldn’t be either.

Mario + Rabbids Pristine Peaks: Where are the Penguins?

For your first penguin, follow the waterfall that’s generated from the lake water. If you go down the hill next to it, you’ll come across a Rabbid Pipe. Enter this pipe and it’ll take you to the area where the penguin is. He’s still insisting on hiding, though, as he leads you on a bit of a chase. You should be able to corner and catch him easily, and return to the ship to throw him back on.

From here, go back to the main path you can see. Keep following this path up to the cave. Near the cave, a tree should be on your left. Shake this tree, and Penguin #2 will fall into your grasp. Return to the ship and throw him on.

Not far from the ship, go along the river on the side closer to your ship. Look for a cliff like the one in the picture with a blue pipe. In this area, there will be a block that can be destroyed by Beep-O’s Sonic ability. Break it open and you’ll find your third penguin! Throw him to the ship, and you’ll be able to start a combat encounter. 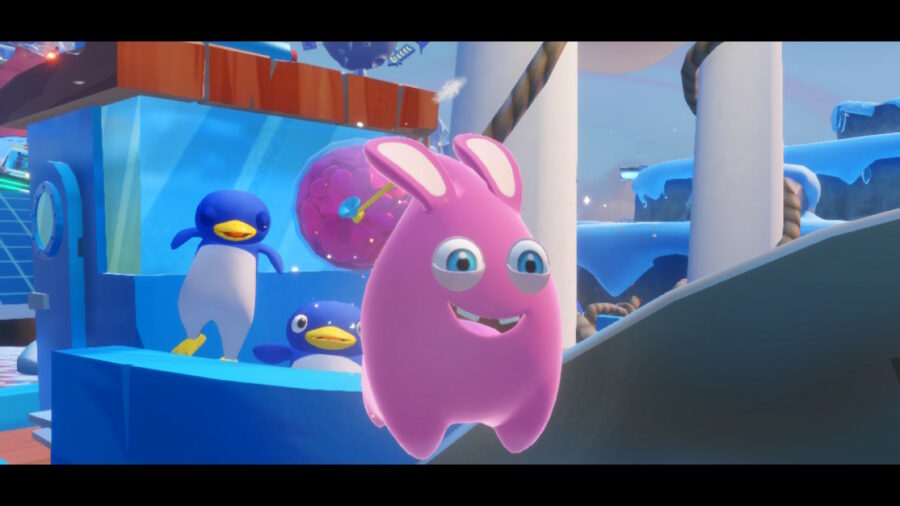 To finish up this quest, you can now start a combat encounter near the ship. It’s a bit tough, but you should be at a suitable level for it after finishing the main quest in Pristine Peaks. After this combat, a cinematic will play and Regenesis will leave his adorable penguin pals to help you on your journey!