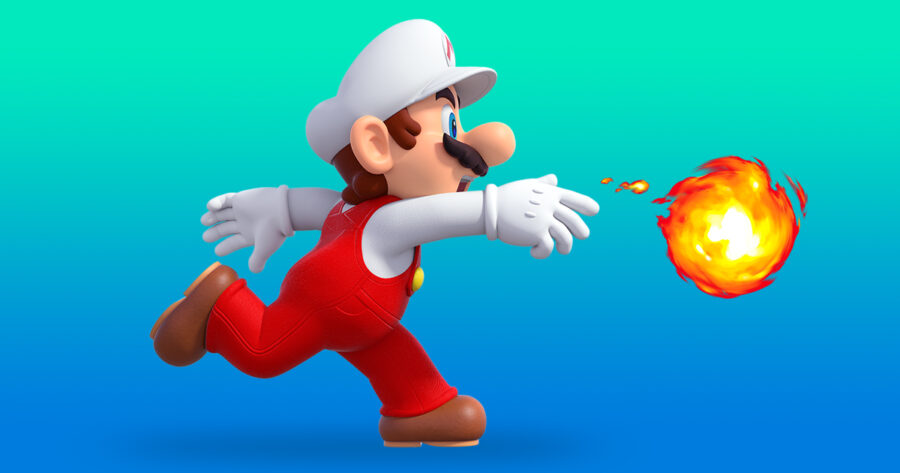 Listen up, we assume lots of you have seen Mario before, and you may think you’re already familiar with all of the things he can do. However, something incredibly unprecedented has occurred — Mario grabbed a fire flower and now all sorts of unusual things are happening as a result. What does this mean for you if you’re a friend of Mario, or furthermore, if you’re a foe of his? Here’s everything you need to know about Mario grabbing a fire flower just now.

1. His Shirt and Hat Just Turned White and His Overalls Are Now Red

This is maybe the first thing that anyone passing by would have noticed about Mario following the recent events that transpired. We’re not sure exactly what this means beyond the aesthetic change, but his boots are the one part of his outfit that are still the same brown color that they always were, for what it’s worth. That might just make them irrelevant to the situation which is honestly still unfolding as we write this.

So not only did Mario grab one fire flower, but there are several others still lying around nearby and he’s already picked up a few of those, too. You might assume that picking up additional flowers would have led to more changes in his outfit, but instead he just screamed “Oh yeah!” a couple of times and there was a little dinging sound that could be heard, too, which might mean something good for him but it doesn’t really seem to make a difference externally. Still, we’re going to keep an eye on the situation and see if anything else about Mario changes further due to the extra flowers.

3. He Can Throw Fireballs Now

This is a huge one. Apparently after grabbing that fire flower, Mario can now throw fireballs from his hands. He can also spin around really fast and throw a bunch of fireballs in several different directions at once. It goes without saying, but we’ve never seen anything like this before. Exercise caution.

4. He Can Turn Bad Guys Into Coins By Throwing Fireballs At Them

The bad guys seem pretty scared about this one. Apparently when one of Mario’s fireballs hits one of them, they just totally evaporate and turn into a gold coin that Mario can run over and pick up like it was nothing. Again, this is great for Mario, but if you’re a bad guy who likes attacking Mario, we’d advise that you stay far away from him until this situation stabilizes. Mario’s friends might be in danger, too; we all know there’s no telling how fire will behave once it gets out of hand.

5. A Bad Guy Just Touched Mario and He Turned Back Into a Smaller Him

Well, that ended fast. Mario wasn’t looking and one of the bad guys wandered up to him and bumped into him from behind. As soon as that happened, there was a loud noise like the one when Mario goes down a pipe and he turned back into a smaller version of himself with the regular colored clothes that we all expect him to be wearing normally. He also hasn’t thrown any fireballs in the moments that followed this, so it might be the case that he can’t throw fireballs at all anymore until he grabs another fire flower. Pretty strange turn of events.

Well, that’s everything we know about Mario grabbing a fire flower just a few minutes ago, but now that we’re writing it all down, it seems like things have pretty much gone back to normal. Still, keep an eye out for this “Fire Flower Mario” in case this happens again in the future, which we think is definitely possible!