Mario Eats Dead Rat to See If Anything Happens 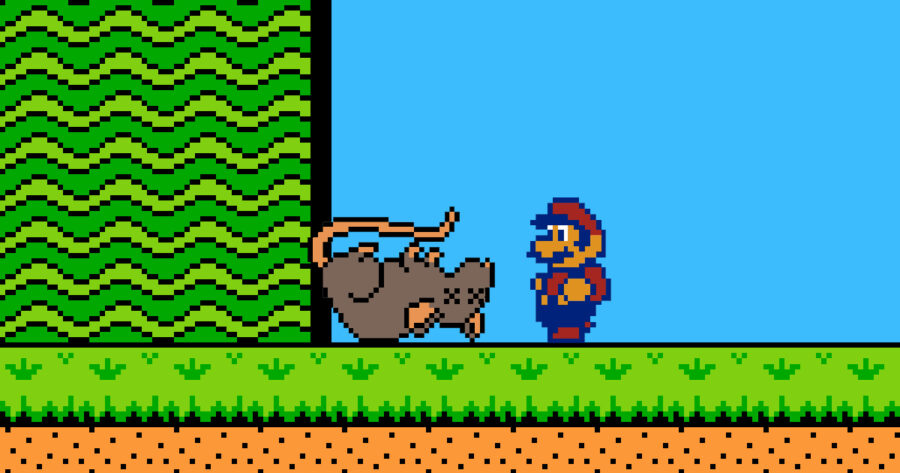 MUSHROOM KINGDOM — Mario has reportedly fallen ill after hypothesizing that eating a dead rat he found might somehow imbue him with rat-like powers for a brief period.

“Actually, I don’t-a feel so good,” said Mario, shortly after biting into a dead rat and rubbing the rest of its carcass on his torso and legs to see if he discovered a new ability. “The rat meat, it’s-a coursing through my guts and it feels like it’s-a tearing through everything it touches in there. I shouldn’t have-a tried this!”

The rat power theory was apparently inspired by the myriad of abilities Mario has acquired from various animals and objects in the past, ranging from bumblebees to kitty cats.

“I sort of get where he’s coming from,” said a visibly shaken Toad. “But, he’s never had to chomp into the carcass of anything before to get his powers, so I’m not sure why he went about it the way he did. We usually just touch the thing or whatever, and then we transform for a little while. Mario is a hero, no doubt about it, but if you leave him to his own devices for even a second he does something like get himself sick eating some rat he found.”

Mario’s sudden illness came just as he and his friends were on the verge of attempting to rescue Princess Peach from Bowser’s castle.

“Looks like it’s up to Luigi to save the day,” said Mario’s famous brother, as he helped Mario vomit into a nearby stream. “Hey Toad, you watch my fucked up brother, and I’ll go save the princess!”