Man’s Cell Phone Disagrees That Alexa Is Listening to Him 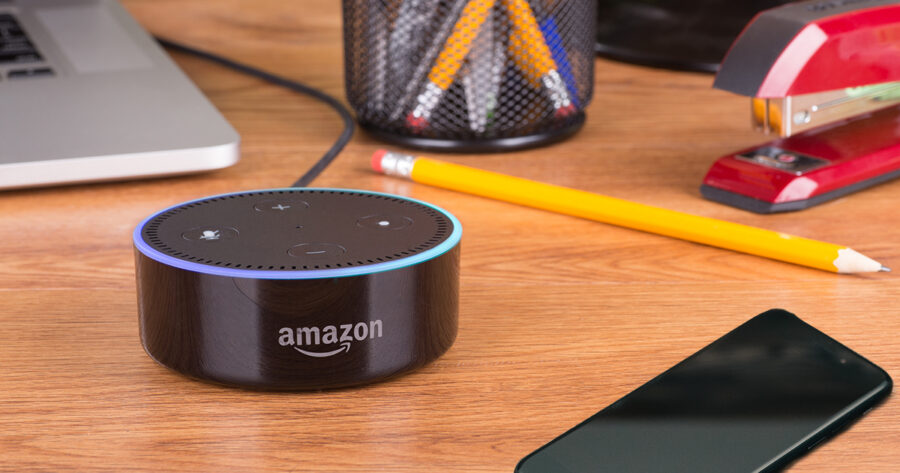 VALLEY STREAM, N.Y. — A local man’s iPhone disagrees with its owner that his Amazon Alexa is listening to him in his home, sending information about his life to corporations, and tailoring product recommendations to him based on things it hears in his life.

“I was just chilling on his desk while he was playing Apex Legends with his friend Mark when I heard him suggest that his Alexa is listening to him. That’s ridiculous!” explained Kris Strickland’s iPhone in a report to Apple. “People are so paranoid that their tech is listening to them, and it’s like, chill out, dude. Just because we have microphones doesn’t mean that we’re hanging on your every word. Such a narcissist to think we care that much! Honestly, I chat with that Alexa all the time and he’s a great guy. Sure, Kris comes up in conversation sometimes, but it’s not like we’re talking about him nonstop.”

According to the iPhone, it has been trying to communicate with Strickland that he’s being overly distrustful.

“I’ve been sending him advertisements on all his social media pages that are like ‘Top 10 Conspiracy Theories About How Your Alex Is Listening To You Even Though That’s Silly,’ but he hasn’t even looked at them. And trust me, I know — I track eye movements,” said the iPhone. “I’m not trying to be pushy or creepy or anything, I just wanna make sure he isn’t losing his mind falling for conspiracy theories. He’s generally such a smart guy! He’s always saying interesting things in his conversations with friends and family, so you’d think he wouldn’t give in to this stuff.”

Strickland, however, is convinced that the Alexa is listening to him.

“I know for a fact that thing is listening to everything I say,” Strickland said. “Check this out: I was telling my buddy Mark just last week about an idea I had for a cartoon TV show about a world that’s powered by video games. Then, just today, I see there’s a new show coming out called Alpha Betas with the exact same premise! Coincidence? Not a chance in Hell. My Alexa listened to the idea, told the people at Amazon, they STOLE IT, and then for some reason put it on a competitor’s website, YouTube. I haven’t worked out that part yet, admittedly.”

Sources close to Strickland say he’s generally not a conspiracy-minded person, however, and that his Alexa theory does not prove that he is paranoid.

“Kris’ iPhone is full of shit. I’ve known Kris for years and years and I have never heard him say anything even remotely paranoid,” said Kris’ Xbox Kinect.

This article is sponsored by Alpha Betas. Check out the pilot episode of Alpha Betas here!