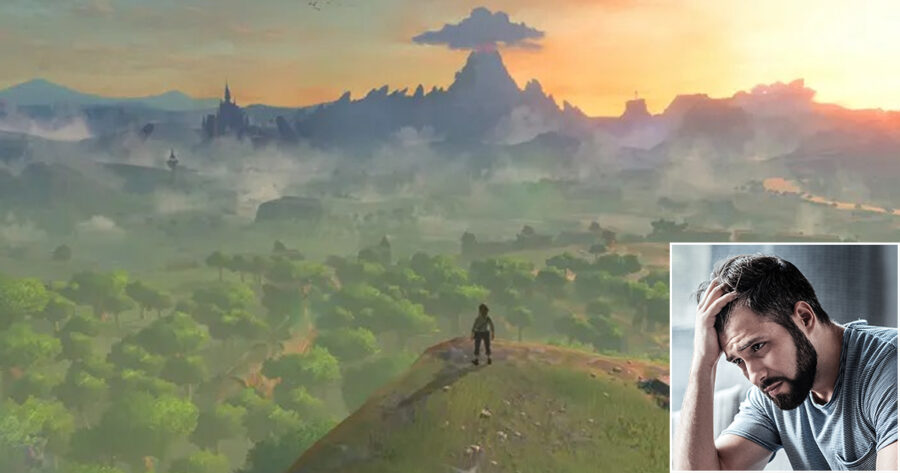 ROCHESTER, N.Y. — Local gamer Joe Fleming is reportedly worried that Nintendo’s stunning masterpiece Breath of the Wild has ruined any chance that he’ll ever love an open world game again in his life.

“Every time I’m with another open world game, I know I’m just comparing the experience to being with her. ‘Her’ being The Legend of Zelda: Breath of the Wild, of course,” Fleming explained to friends. “Right after my thing with Zelda was over, I found myself rebounding with Horizon: Zero Dawn. Something about it reminded me of her, but… it was missing something. I don’t know if it was the no-climbing or the no-paragliding or whatever, but it just wasn’t her.”

Those close to Fleming have tried to get him back together with Breath of the WIld, but have been unsuccessful.

“I tried to go back to her, but it’s just not the same as it was in the beginning. I need that sense of exploration in a relationship,” Fleming said. “And I know she added that new DLC, but it was like she changed. Getting back into our usual rhythm was so difficult. I just don’t know what to do. I found myself with a crush on her friend, though; maybe that will lead somewhere. I haven’t really gotten to know her at all yet, but I think maybe I could have a real future with Breath of the Wild 2.”

“Other than that, though, I’m just tearing through meaningless open world games,” Fleming continued. “Skyrim, Red Dead, Witcher 3… they’re all the same. They look pretty at first, but once you get to know them, you fall into the same old routine of fetch quests and tedium.”

At press time, Fleming announced that his wife Marrissa Fleming was leaving him due to his “creepy” obsession with video games.