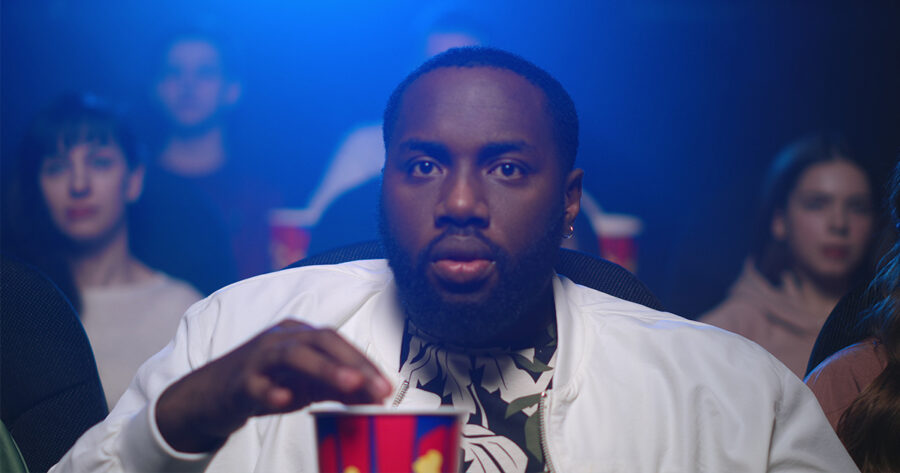 HENDERSON, Nev. — Film fan Derrick Vicks became frozen in fear after enjoying the movie “Comets & Lights” and realizing he does not know the general public’s opinion.

“I can’t believe I let this happen,” Vicks stated. “I always check the score beforehand so I can rest easy knowing I’m allowed to like the movie, but not this time. At first, it was fine, but then I became invested in the story and characters. As soon as that happened, I knew I had made a mistake. How can I enjoy it unless I know others enjoy it? How will I know if I’m being… cringe? After the credits rolled, I couldn’t even look at the Twitter hashtag for it. I still have my phone turned off!”

According to sources close to the company, Rotten Tomatoes executives are aware of this issue that affects many.

“This unfortunate reality happens all around us,” Rotten Tomatoes founder Senh Duong said. “People use our site as a way to guide their own opinions and judge others based solely on their taste in movies. That’s not what we are about, we just act as an aggregate for critics. If you’re looking for a place to judge people’s favorite pieces of media, just go to Letterboxd.”

“Comets & Lights” director Markus Link hopes that people will be able to find their own opinions about his movie.

“Today’s viewers have brains like spongy mush,” Link said. “We, as a society, have forgotten the beautiful language of cinema. Instead, we rely on others to understand and enjoy, then regurgitate like a mother bird feeding her stupid little baby.” During the interview, Link was made aware of the score on Rotten Tomatoes. “Oh man, is it really that low?” Link asked, slumped in his chair. “And they’re saying mean things about it too, ah geez. I think I really messed up.”

At press time, Vicks has decided to not let others’ opinions influence his own on movies. Instead, he will limit that to just video games and television.