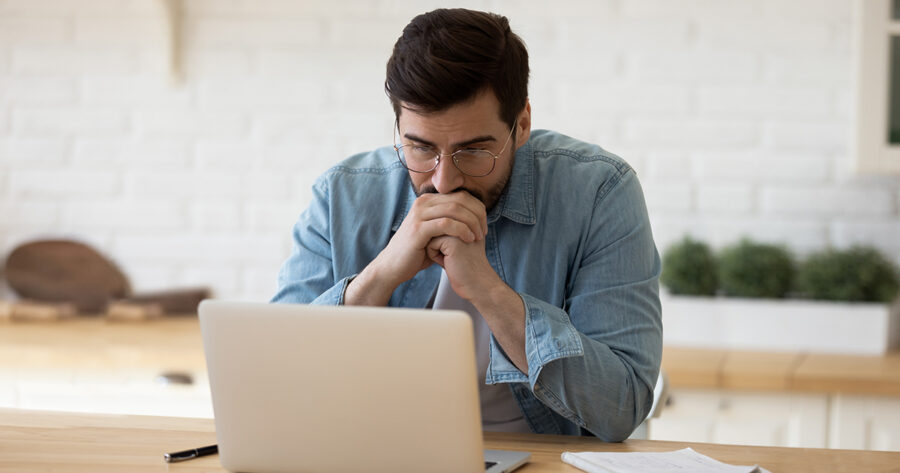 OLMSTED FALLS, Ohio — Local man Eric Anderle has reportedly received hundreds of promotional emails from Mexican-inspired fast food chain Taco Bell over the course of several years, according to sources close to him.

“We don’t understand why a healthy, well-rounded guy like Eric would do this to himself, but apparently he receives all of these Taco Bell emails on purpose,” said Anderle’s father, Brian, with tears streaming from his eyes. “It’s just hard to believe you could watch your own flesh and blood grow from infancy to adulthood only to recklessly give all of his personal information away to a taco corporation.

“Look, we’ve all been tempted to eat at Taco Bell after a night of intense, purposeful drinking, but what would drive someone to subject himself to those bland, repetitive promotional emails on a daily basis? Does he really need up-to-the-minute updates about the promotions and menu items available at his local Taco Bell franchise? You see a lot of things in this world, but this… well, it really makes me question everything.”

Despite widespread concern from the people in his life, Anderle’s decision to subscribe to the emails has reportedly received widespread praise throughout the Taco Bell corporate offices.

“This guy is putting my daughters through college. I’m not sure where my family would be without him,” said Taco Bell CEO Mark King.

At press time, a marketing copywriter at Taco Bell had reportedly begun hard-coding Anderle’s name into all of the promo email templates since he’s the only one subscribed to them anyway.