Magneto’s Credit Cards All Fucked Up 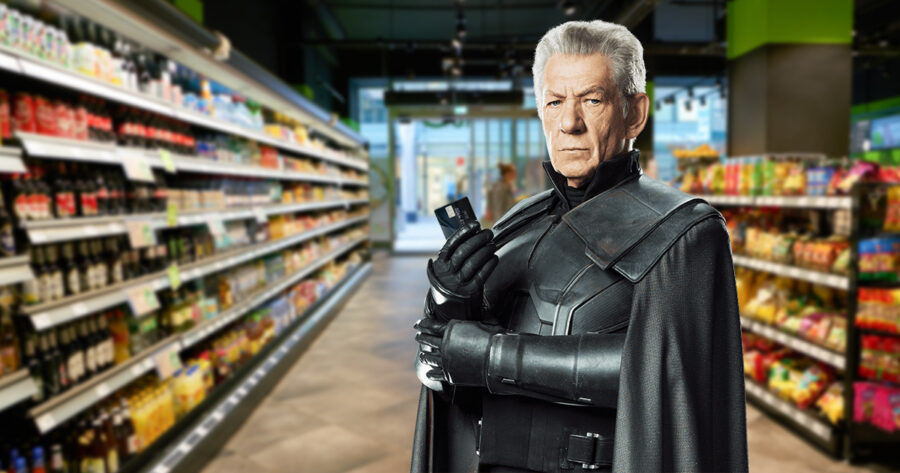 GENOSHA — Brotherhood of Mutants leader Magneto has vowed revenge on humanity for designing credit cards that are destroyed by magnets, making it impossible for him to carry a wallet without all his cards getting fucked up.

“This is clearly a subversive attack on all mutant kind,” said Magneto. “Our people deserve to buy groceries without the humiliating ordeal of swiping it with a plastic bag, swearing that our card isn’t being declined, then standing there like an idiot while the cashier types our number manually. We are second-class citizens.”

Other mutant leaders spoke out against Magneto, claiming he was hijacking a civil rights issue to address a minor inconvenience in his own life.

“Oh, Eric’s exaggerating,” said renowned mutant educator Charles Xavier. “Just use Apple Pay, it’s like telepathy but with banking. Take your stupid helmet off for a second, it’s so easy. Your Mom was killed by Nazis and you’re drawing the line with Visa?”

“We have been oppressed long enough. You attack us in the streets, you attack us in laws, and now you attack us in portable financial transactions. Genosha will not abide this unwarranted aggression,” said Magneto in front of a laundromat where his card didn’t work last Tuesday. “Your kind has 48 hours to respond, or I’ll destroy the Golden Gate Bridge or something.”

Magneto’s children claimed their father was hiding the real reason for the ultimatum.

“He’s just bitching because he couldn’t get the ATM to work when he was out with Mystique,” said his son Pietro. “Has your dad ever texted you to run a condom over to him at 2 in the morning? It’s not fun.”

Magento also reportedly just learned that he accidentally wiped another hard drive, and he promptly decided to destroy Australia.