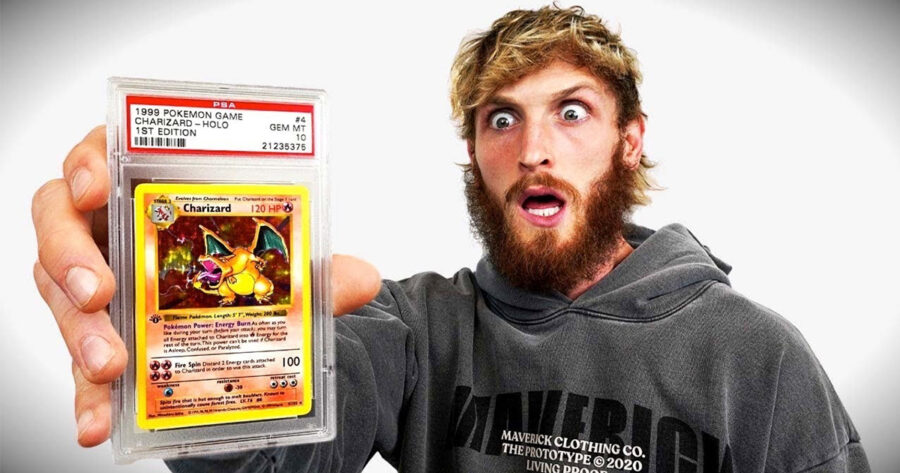 PUERTO RICO — Still reeling from his very avoidable public error in financial judgment, YouTuber, podcast host, and controversial celebrity boxer Logan Paul has reportedly been wandering around his lavish Puerto Rico estate and hoping out loud to himself that the overpriced box of fake Pokémon cards he bought for $3.5 million dollars isn’t actually a metaphor for his career.

“I guess that video turned out well in the end because it got millions of views and tons of blog coverage, but something just isn’t sitting right with me,” mused Paul between weightlifting reps for an upcoming boxing match. “I mean, I’m glad they were recording when I found out there were just a bunch of random G.I. Joe cards inside those first edition Pokémon boxes, and it certainly made for good content to see me cry about how much money I had lost, but I just really hope that whole experience wasn’t actually a stand-in for how my deceptively lavish lifestyle and net worth is concealing the cheap, hollow reality of my long-term career prospects.”

Paul reportedly continued this lucid stream-of-consciousness monologue for several hours throughout the course of filming a vlog, recording a podcast, and several radio show call-in spots.

“I guess I shouldn’t be too surprised that the cards were fake,” mused Paul in a segment of one vlog titled “I’m Having An Existential Crisis.” “I mean, there’s only a finite amount of original cards in the world. Just like how there are only so many original ideas to make content about. Take my body of work, for example. You might take a look at my YouTube uploads and think they’re very valuable as a set, just like that fully sealed cardboard crate of original first edition Pokémon card base set booster boxes. But if you were to look closer at any one of those videos, turn them around in your hand, and really feel the weight of them, you’d probably come to the realization that there’s something a little off about what’s inside. Oh shit, wait, is that what a metaphor is?”

At press time, Paul had reportedly shrugged off his existential crisis and decided to challenge the fake Pokémon card seller to a boxing match.