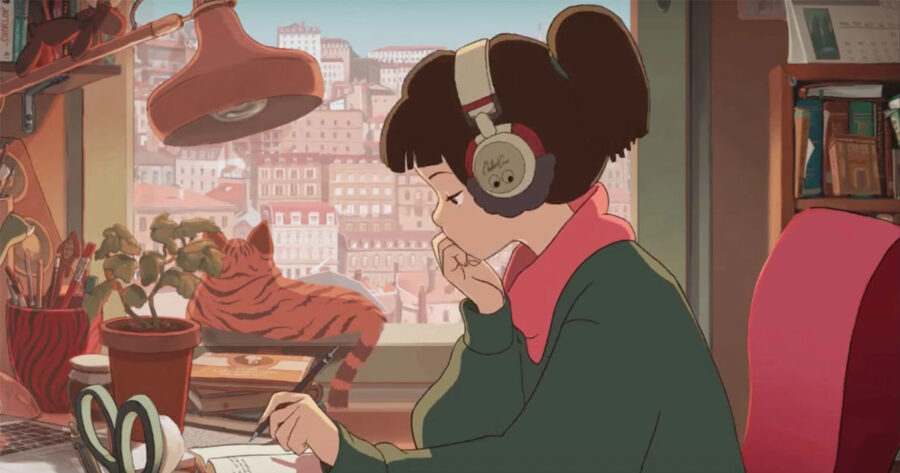 PROBABLY SOMEWHERE IN ITALY — Several sources have recently confirmed that the LoFi Hip Hop Radio Girl has failed her exams despite continuously preparing for them since at least 2015.

“Oh, yeah her studies are like, super important to her. She’ll spend ten hours a day in her room just jamming out to some lo-fi hip hop grooves to study to,” said longtime friend and roommate Anna Beecher. “And then at night, she’ll finally come out and take a break with some chill, crackly old-school instrumental jams to relax to.”

Despite this preparation, LoFi Hip Hop Radio Girl’s final test scores proved to be shockingly low, according to her college professor Akari Hojo, who struggled to make sense of her answers.

“On her history test when she was asked about various historical figures, she kept writing about Brenky and Beau Vine,” Hojo said. “My daughter told me those are SoundCloud artists? They definitely weren’t key figures in the French Revolution. I don’t really know what she’s doing wrong, because she’s obviously a hard worker. To be fair, however, I haven’t seen her in class for years.”

When asked about her performance on the test, LoFi Hip Hop Radio Girl was indifferent.

“I dunno what happened, really. I sat in the same room looking at the same notes on my screen for three years. But when I tried to recall any of it, I just kept thinking of blooooooo blooooo blooooo bloo khh chk khk bloooooooo. Does that, like, make sense?”

While the LoFi Hip Hop Radio Girl wouldn’t accept any further questioning, sources claim that she apparently returned to her desk to study for something else entirely.