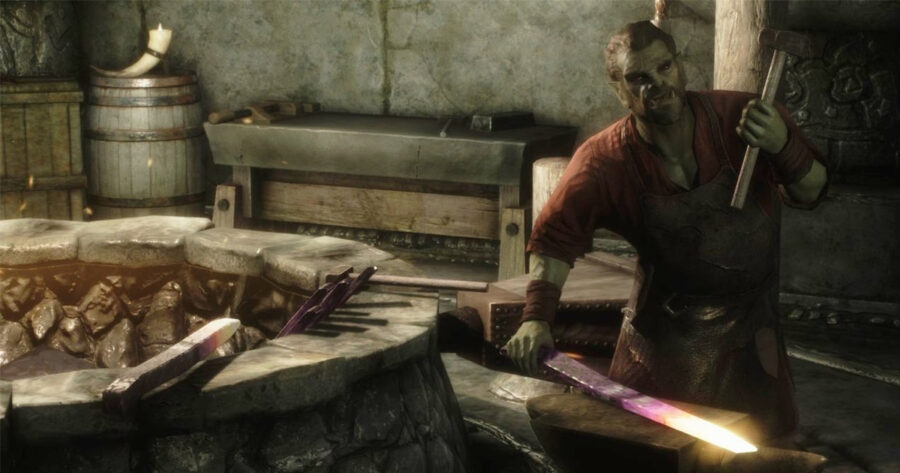 INTREPID ISLE, Midgard — Blacksmith Angus Krant issued a quest this morning for all adventures that visit his stall: stay in town and watch his band perform at the local tavern.

Krant and His Kronies will be performing at Intrepid Isle’s local tavern, The Enchanted Wyvren, at nightfall. Due to attendance issues, the event will be what villagers call a “bringer” show, meaning the bands must provide audience members in order to perform.

“Look, I have adventurers wandering through all the time, looking to purchase new armor, or have me hammer a gem into a shortsword to buff fire damage, or whatever,” Krant said. “Might as well incentivise them and help out the Kronies at the same time.”

The folk punk band includes two other Intrepid Isle denizens, Twyzert the baker and Valencia the grave digger, who were born and raised in the village and have never set foot outside it.

“We have a lot to offer to anyone that comes to our show,” Twyzert explained. “People from out of town get to learn about the Isle, since it’s all we sing about, and people that live here will get all the references.”

Over the course of the afternoon, Krant was able to convince an adventuring party to attend. In exchange, he offered them a small amount of experience, which is the only thing Krant and His Cronies will be paid for the show.

Once the quest is turned in tomorrow, the adventurers are expected to leave the village quickly, before the blacksmith asks his final question, “So, did you guys like it?”