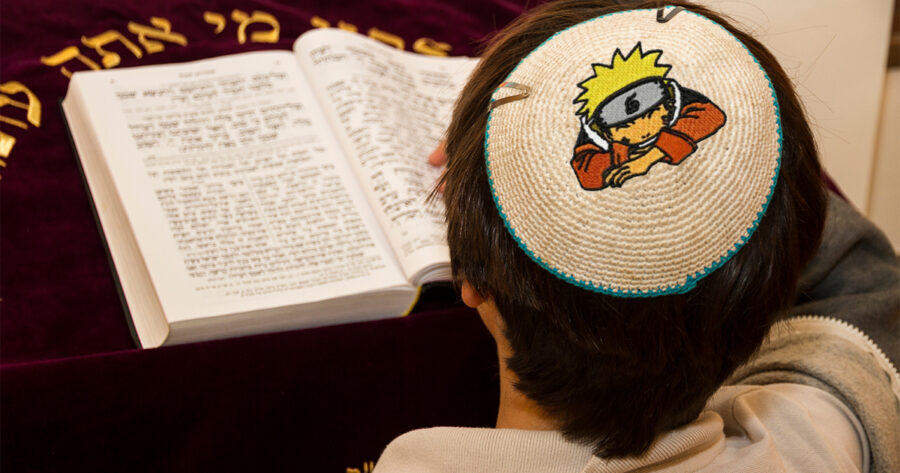 EDISON, N.J. — Local weeb Mitchell Cohen has recently begun expressing excitement at the prospect of Judaism becoming a big part of his life thanks wholly to the fact that you read the Torah right to left like a manga series.

“I’ve never considered religion before,” said Cohen, “but once I saw someone in a movie reading the Torah from right to left, I thought, well damn this would be just like reading What Did You Eat Yesterday? or Assassination Classroom. I doubt the Jewish holy book has many squid monsters or vampire hunters, but I’m pretty sure the Torah has a death note in it. Pretty excited to find out though.”

“Mitchell is an excitable young man and he talks a lot about Japan, whether it be the food, the music, or the language,” said Rabbi Biron when reached for comment. ”There are some elements of this obsession I find objectionable, however. I mean, I started watching One Piece on Toonami but then I learned there were over a thousand episodes. Are they out of their minds? Who has the time to catch up on that? I hope Mitchell continues with his Hebrew study and less with his Japanese study.”

Andrew and Dierdre Cohen voiced concern at their son’s choices and interests.

“You see this kinda stuff online,” said Andrew from their New Jersey home. “Kids getting mocked and ostracized for what they like. We’ve constantly worried about Mitchell and how he would turn out so you can imagine our embarrassment and worry when he turns around and starts saying he’s a fan of organized religion.”

“It was much easier when he was young and wanted to watch Akira all day,” added Diedre. “‘Cause that movie is dope as hell.”

Cohen hopes that his newfound interest in Judaism will not get in the way of his Japanese language studies or his daily 2 hour walks to catch neighborhood Pokémon.