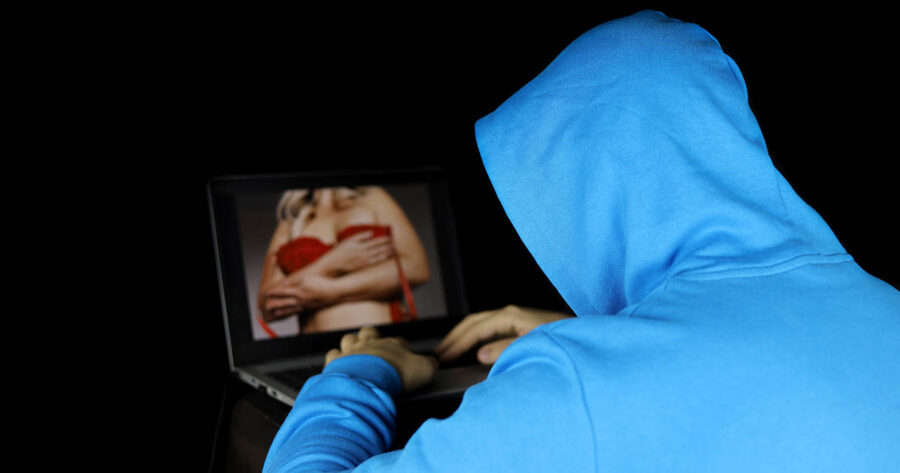 Facebook0Twitter0Reddit0
X
BY Colleen Nerney ON May 3, 2022

“So I’m just sitting here watching some JOI video, minding my own business, and at first it’s all the usual stuff where the girl like tells you how to touch your dick and whatever, and maybe she’s a little mean about it, but then out of nowhere, shit starts getting really weird,” said Biggs, appearing visibly shaken but also still vaguely aroused by the incident. “Like, creepy weird. It was innocuous enough at first, like ‘say you worship the elder gods’ and stuff, but then she said to be a good boy and get her the butcher knives from the kitchen. It wasn’t until she started telling me to lock my parents in their room and to burn down the house that I really got freaked out. About 10 minutes later, I was calling for help.”

Reddit user needabigtittymommy69, an internet friend of Biggs, said this kind of video circulates often on the websites that they both commonly frequent.

Commenters on the video itself seem to have routinely had similar experiences to the one reported by Biggs.

“If there’s anyone out there watching this, I’m begging you, stop now,” said commenter PleaseHelpMeGod420. “I did everything the video said and it ruined my life. I killed my family and burned my house down, and now I can’t get hard anymore unless I do something at least that deranged. What am I supposed to do to get off now, get another family and buy another house? I’m totally screwed. Don’t make the same mistakes I did.”

At press time, Biggs was reportedly struggling to undo the cap on a canister of gasoline with one hand.