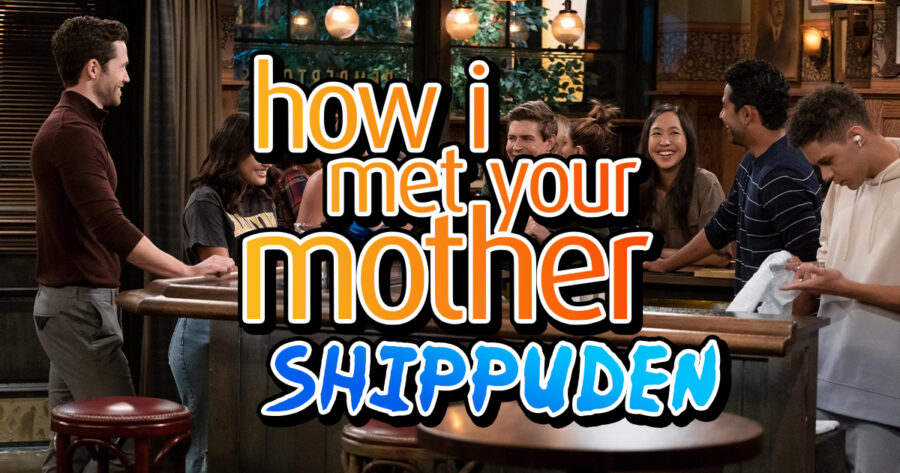 NEW YORK — Following reports that How I Met Your Mother’s sequel series How I Met Your Father isn’t sitting well with audiences in Japan, a slew of changes has been announced to localize the show and make it more palatable to Japanese audiences.

“The people of Japan love Ted Mosby-san!” said Yusuke Fujiwara, the show’s Japanese localization director. “But these new characters aren’t appealing to us. We can’t change the scripts, but there are other things we can do to get people watching and hope to draw them in from there.”

Viewership and retention have been down for the show across the board compared to its predecessor. When asked what else will be changed about the show to remedy this aside from just the title, Fujiwara explained the new differences.

“Adding Shippuden to the title and changing it back to How I Met Your Mother is only the start; we also have a new opening! Gone is the minimalistic 10-second reel of photographs over some chirpy acapella, now the opening theme is a 3-minute banger from famed J-rock band Uverworld,” he said. “It’s a real scorcher — a J-rock anthem — and it’ll be playing over lots of stylized shots of Sid, Valentina, and the gang looking contemplative whilst they sit at the edges of lakes underneath starry skies. We’ve got Sophie and Jesse looking up seriously straight into the camera, eyes up, eyebrows down kind of stuff, there’s sword swipes and explosions going on in the background. It’s awesome.”

“Everything else about the show is pretty much exactly the same, though,” he added.

One cast member reached out to discuss the changes being made to the show in Japan, but wished to remain anonymous.

“I heard there was a show that was really big in Japan before with ‘Shippuden’  in its name so I figured I’d check it out to see what all the fuss was about,” the actor who definitely wasn’t Josh Peck said. “But I didn’t really get it… why was Kaguya the final villain instead of Madara? She was barely built up at all! And don’t even get me started on Neji’s death. That just didn’t make any sense. Sorry, I know this doesn’t have anything to do with the show I’m on, but I’m just so hurt and confused.”

At press time, Fujiwara said that he expects How I Met Your Mother: Shippuden to easily hit 30 or 40 seasons so long as they include a good amount of filler arcs.