James Corden Dead After Being Rude to Koholint Island Shopkeeper 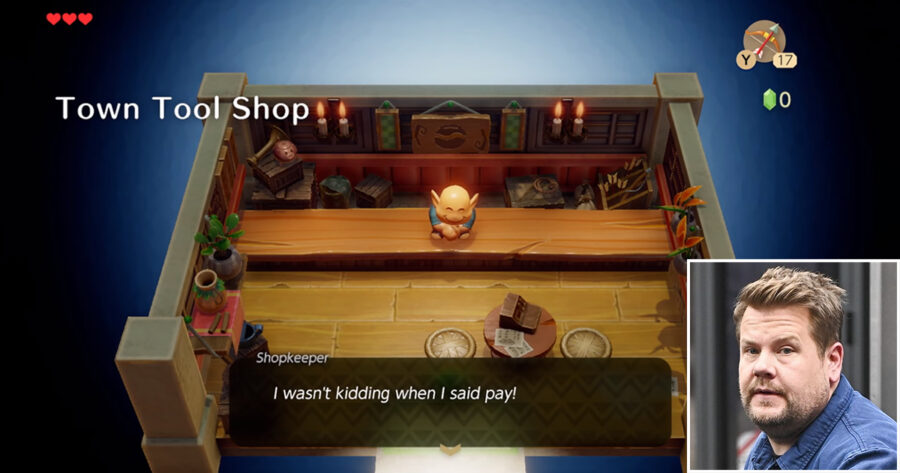 MABE VILLAGE — Actor James Corden was found dead at age 44 on Koholint Island after an incident with a local shopkeeper, according to those familiar with the situation.

Sources reveal that Corden reportedly told the Town Tool Shopkeeper to “give [him] the fucking shield, you dumb old pointy-eared prick,” and tried to steal the shield without paying the 20 rupees. Corden then distracted the shopkeeper, and was able to walk out with the item, but returned to the store to call the shopkeeper a cunt, at which point, the shopkeeper reportedly threw out his arms and blasted the comedian with a purple and yellow lightning until he died.

“I wasn’t kidding when I said pay!” said the shopkeeper when questioned by local authorities. “What a dick.”

Despite the brutality of Corden’s death, some members of the village have defended the shopkeeper.

“I told that guy my chain chomp BowWow was kidnapped by a gang of Moblins and he said I was a stupid baby who shouldn’t bother him with my stupid baby problems,” said a neighborhood boy. “I’m not sure why he had such a bad attitude! He’s been roaming around the island for a few weeks chopping up all our grass and stealing our rupees and he couldn’t even be bothered to help anyone or remember our names. Whatever.”

“Sometimes people say living on our island is like a dream,” said a local old lady. “But James Corden has turned it into a nightmare. If he wasn’t dead, I’d hope he gets lost at sea!”

At press time, following widespread news of the incident around Koholint Island, the Town Tool Shopkeeper agreed to allow Corden back into his store if he miraculously comes back to life.