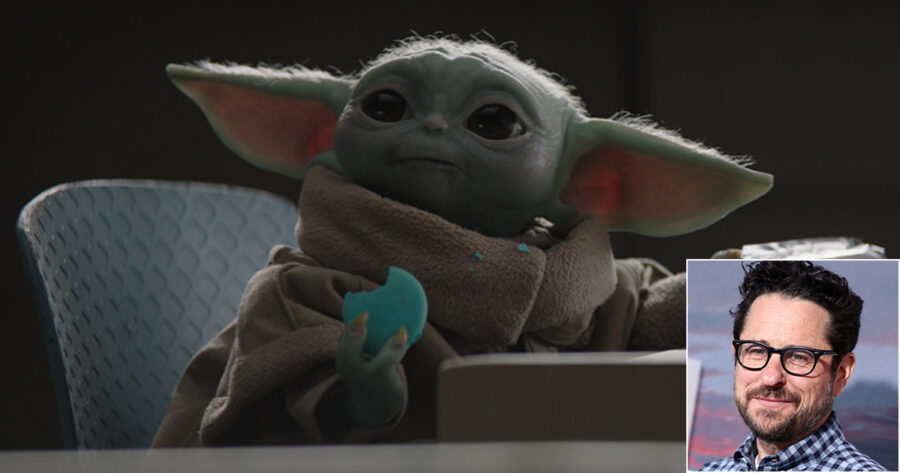 SAN FRANCISCO — The J.J. Abrams helmed season finale of The Mandaorian has revealed that the name of the adorable creature that viewers are fixated on isn’t Grogu at all, but actually Baby Yoda.

“I was so excited to bring my trademark blend of empty storytelling and dumb ass twists back to the Star Wars universe,” said Abrams. “Some have said revealing Baby Yoda’s name to be Baby Yoda was a slap in the face to how they literally gave him a different name a few episodes ago, but I think I have delivered what fans truly want — a nice snappy name for the character!”

Continuing with a trend that began with last year’s Star Wars: Episode IX – The Rise of Skywalker, Lucasfilm walked back the initial Grogu reveal of a few weeks ago after mixed reactions and landed back on the fan favorite name of Baby Yoda as the true given moniker of the series’ breakout inanimate star.

“It was not an easy choice to make,” said Lucasfilm CEO Katheen Kennedy over a Zoom call with reporters. “But at Lucasfilm we owe it to the fans to always sacrifice artistic integrity for whatever makes us more money and just generally make bonehead decisions about the future of this giant messy franchise.”

Rian Johnson, director of Star Wars: Episode VIII – The Last Jedi, spoke of his similar experiences after working on an installment of the franchise.

“They undid everything from my movie, they reneged on my three picture deal, and sent some guy dressed as Mickey Mouse to come to my house and spit in my face,” he said. “My phone rang at that very moment and the voice on the other end said ‘That never happened either,’ and then hung up. I make my pictures with Lionsgate now. ”

Written by Collin Preciado and the Hard Drive staff.