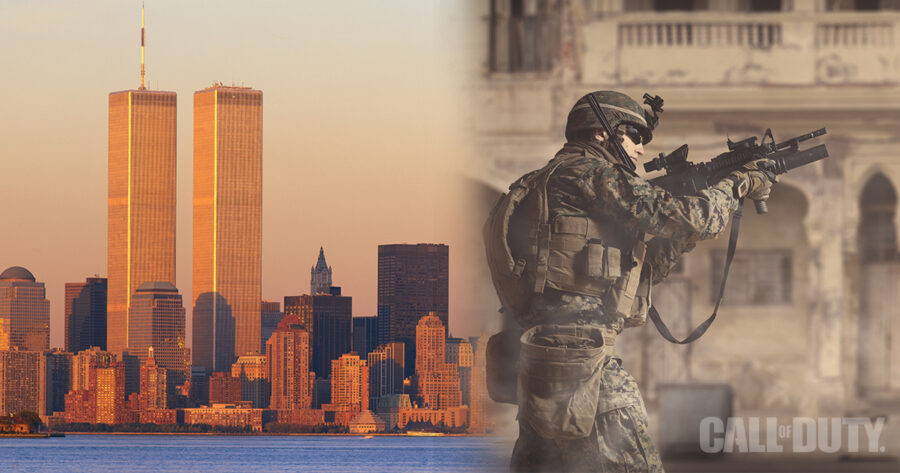 MIDDLETON, Wisc. — A new leak from within Activision revealed today that the upcoming Call of Duty game set in the Iraq War will feature an opening sequence showing the events of 9/11 for no reason.

“Because the Iraq War is so fresh in everyone’s minds, Raven Software wants the game to be as accurate as possible. The opening sequence will be a beat-for-beat recreation of 9/11 to get the player hyped up, angry, and ready to kill a bunch of enemy soldiers in Iraq, even though they had nothing to do with the attacks,” said the leaker. “And they spent a LOT of resources getting the 9/11 opening accurate, because if that’s not exactly one-to-one, then what’s even the point? If you can’t see the sweat dripping off the forehead of the Falling Man, then how are you gonna convince the player to go murder a bunch of completely unrelated people?”

Following the leak, another leaker came forward — this time a play-tester — who claimed to have firsthand experience trying out the upcoming Call of Duty game.

“I actually played through that opening sequence a bunch while playtesting. Yes, I said played; it’s not a cutscene,” explained the second leaker. “You just walk around in the streets of Manhattan while it’s going on, and you can’t do anything except move and press a button to say ‘oh my god,’ to yourself. Honestly, I really hate missions where you don’t have weapons and I hate timed missions where you just die in the end, like a worse version of those Mary Jane levels in the Spider-Man games. But I have to admit, the hard cut from a cloud of debris rushing over my character’s face in NYC to first-person view as an 18-year-old soldier in a helicopter… that was really gripping.”

“The title card pops up, and normally that’s where it would say the location of where you’re headed, but this game doesn’t do that,” the leaker continued. “Because it doesn’t matter where you’re headed. All that matters is that you’re gonna kill a buncha guys and everyone back home is gonna call you a hero. That’s why the game is called Call of Duty; because you’re being called to serve your duty. And you don’t need to worry about what that duty is. Sorry, I really liked the game, is what I’m trying to say!”

At press time, Activision confirmed that the next Call of Duty would be a live-service game, calling it the series’ first “forever war game.”