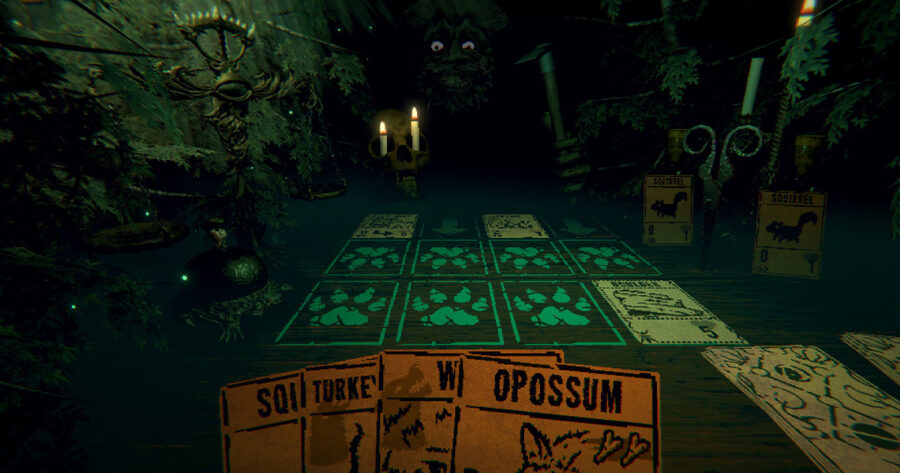 CINCINNATI, Ohio— Local gamer Luis Fonseca was once again caught talking for over an hour about 2021’s award-winning, deck-building, horror game Inscryption, despite his multiple claims that he can’t really tell you anything because he doesn’t want to ruin it for you.

“It’s something you just have to experience for yourself and the best way to do that is to go in blind. Don’t have any knowledge or expectations about it. Absolutely do not let anybody tell you anything about it,” explained Fonseca to weary friends. “The emotional places it takes you with just a card game is, well, I can’t say anything, but it’s incredible. I laughed. I screamed. I cried. I don’t want to give anything away, but I both felt like a kid again and was crushed by the existential dread that we are all destined to become nothing. You gotta play it! Sorry, am I talking too much? How have you guys been? Oh, wait, actually, hold on, let me just show you some Inscryption screenshots.”

After many collective hours of Fonseca vaguely explaining why Inscryption is so good it should be taught in schools, several of his friends have wound up playing it. Many agree it’s pretty good, but reportedly think Fonseca should “chill out,” especially after the game’s release on Linux and MacOS this past June reignited his passion.

“It had some interesting ideas and definitely opened my mind to what a video game can be, but I wouldn’t say it changed my life so much, I weep for the poor fool I was before I played it, which is something Luis says. A lot,” said one of Fonseca’s friends. “I mean, yeah, I really dug the aesthetic and the ambiance of it. It really draws you in. There are certain things it does that I shouldn’t spoil, but… shit I’m doing the same thing Luis does aren’t I? I’m gonna leave before we’re here all day.”

Fonseca’s friends, family, and neighbors within a five-mile radius who haven’t played Inscryption yet are now prepping for the game’s August release on PS4 and PS5 by stockpiling earplugs, noise-canceling headphones, and peanut butter to keep Fonseca’s mouth busy, so they can get a few moments of peace.

This article is sponsored by Devolver Digital and if you’re one of the few people left who haven’t played Inscryption yet, oh man, you really gotta try it. It’s so cool. It’s basically a— actually, no, I don’t want to spoil it for you. You gotta play it for yourself. There’s one part where— no no no, sorry, I’m just gonna link you to the Steam page.