“I Would Totally Watch This,” Comments Lying Dipshit on Parody Trailer 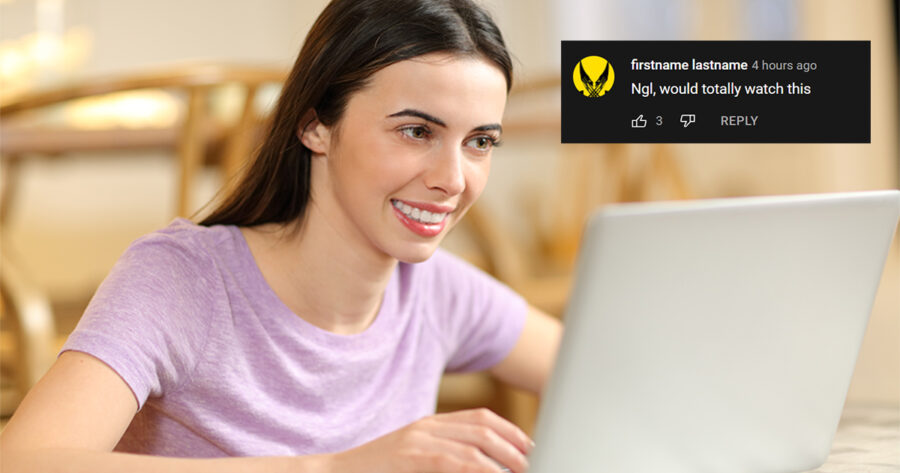 CHICAGO — A huge liar has recently commented on a parody internet trailer that they would watch the fictional film being advertised if it were to exist, obviously lying their ass off.

“Ngl, would totally watch this,” read the total asshole’s comment on the YouTube video. “I know it’s a joke but Fartin’ Transformers looks better than most of the trash studios are putting out these days and passing off as entertainment. At least it  would have comic relief and know not to take itself so seriously.”

The replies to the comment unanimously accused the commentator of being disingenuous.

“There is absolutely no way that would happen, for so many reasons,” said the top upvoted reply to the original comment. “For one, even if you like this joke, there’s no way it would sustain for 90 minutes. Who could possibly want that? Would you still be laughing after a literal hour of Optimus Prime farting while he talked? Just like the video and move on. Comment ‘LOL’ if you must, but get out of here with that ‘I would watch this entire film,’ bullshit. Go to hell.”

The maker of the video in question agreed with the assessment.

“Dude, I got sick of this two minute video an hour into making it,” said Dustin Miller, who uploaded the Fartin’ Transformers parody trailer. “If I never see another Transformer, or hear another fart, I will die happy. Fuck any liar that says they would watch that whole movie. It’ll never happen, so just shut up.”

As of press time, the lying commenter was reportedly on Discord bragging about three consecutive wins in Warzone that you guys wouldn’t have believed if you saw it, honest.