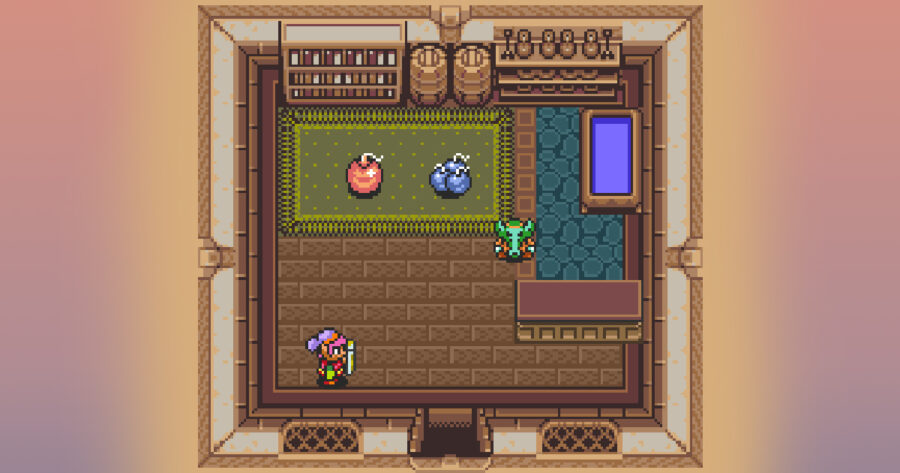 HYRULE KINGDOM — A longstanding independently owned and operated bomb shop that is in the strict business of making and selling bombs is currently out of bombs, angry sources have confirmed.

“That’s a little ridiculous,” said Plunk, a local demolitions expert who’s progress has been halted by the store’s lack of product. “And before you tell me about the supply chain, or ‘nobody wants to work,’ save that shit. You’re a couple that lives in a two-room bomb shop, with seemingly no other interests, abilities, or passions that don’t include the production and retail sale of bombs. How do you not have any bombs?”

The owners of the shop insisted that the litany of demands that come with running a bomb shop full time were to blame for the store’s recent lack of bombs.

“There’s a lot that goes into operating a bombs-only shop,” said Kau AKA “Dr. Bomb,” co-owner of the shop that was voted Best Place to Buy Just Bombs in Hyrule in 2016 and 2019. “There’s cleaning, maintenance, stocking, ordering, keeping everything up to code, uh, we gotta clean the place up at night. Lots of technical business stuff that you wouldn’t understand, frankly. It’s more than just making bombs with my wife though, I assure you.”

Many in town have speculated that the couple may have just gotten a little sick of making bombs.

“That would totally make sense to me,” said a local villager. “I mean, every time someone gets a little rambunctious and tries to blow up a wall in their neighbor’s house, the conversation inevitably turns to ’Why is it so easy to get a bomb around here?’ It must be exhausting for them. I can see where they’d lose their passion for doing nothing but making and selling bombs.”

As of press time, the Dr. Bomb’s and Mrs. Bomb’s Bomb Shop revealed it would have a limited amount of bombs for sale tomorrow morning, first come first serve, limit one bomb per customer.