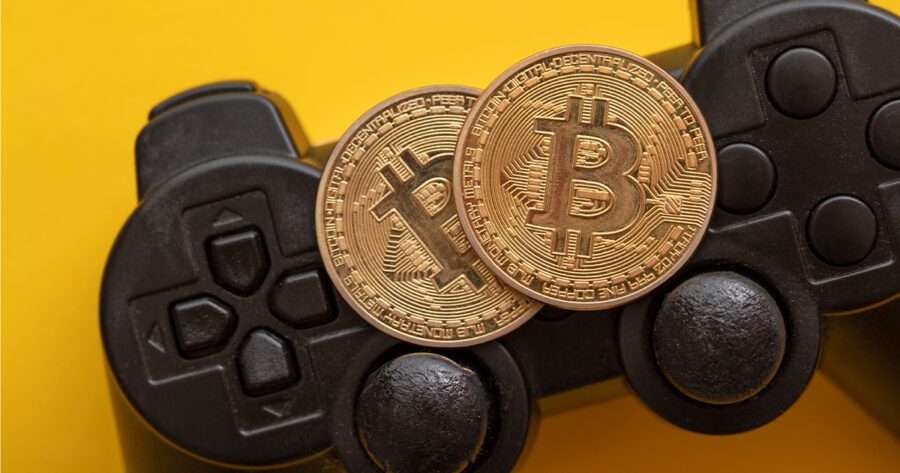 As we march into 2022, it’s important to take stock of new technologies and how they can help advance the culture that we are a part of. Right now, NFTs — non-fungible tokens that use blockchain technology to allow artists to sell the digital rights to an artificially unique copy of an animated gif to users with cryptocurrency — are taking the world by storm. And if that sentence fills you with confused disgust, I have good news: we can use this technology to also end the scourge of video games that have nearly ruined that society that we live in.

As we all know, video games and video gamers must be defeated at all costs. This is why we must stop at nothing to combine video games with NFTs. Think of a world where you’re playing Mario Kart 9 on the Nintendo Switch U in late 2022. You’re in the character selection screen and hover over Mario so you can ride all around Rainbow Road as your favorite Italian plumber. But uh oh — he’s grayed out! That’s because Nintendo has finally given into the crypto trend, allowing each of its original characters to be bought and sold for Ethereum; if you don’t own one, you only get to use a generic Mii. That’s right, Mario was purchased by a European financier for $128 million who has never played Mario Kart in his life and used the character exclusively to sell it back to a fake company he owns, laundering millions of drug dollars. The processing power required for the exchange permanently shortened humanity’s life on Earth by roughly 50 years.

Does that make you think, ugh, I don’t know if I even want to play Mario Kart at all? Good, that’s the point. Cryptoheads are constantly droning on and on about how cryptocurrencies are going to save the world and obviously that’s not true. But what they can do is ruin video games forever. And in a world where there’s no more video games? A world in which people walk outside their homes for the first time in decades and realize their neighbor across the aisle, who they unknowingly called a “stupid fucking idiot” for picking Genji before Blizzard implemented character queues, have a lot of the same problems that they do? A world in which Blizzard doesn’t even exist? A world in which cat ears for your Spartan don’t cost $10 in Halo Infinite? Well… that might just be a saved world. And just like a video game, a saved world is one where your progress won’t be lost.

So let’s kill two birds with one stone — or catch two Pidgeys with one Poké Ball or whatever the fuck analogy I need to say to get you nerds on board — and implement NFTs into video games. Because it might just be the thing we actually need to do to save the world. And also I spent my entire life savings on a skin for some indie game I thought was gonna be a huge hit and my wife is gonna fucking kill me if I can’t get someone to buy it back.