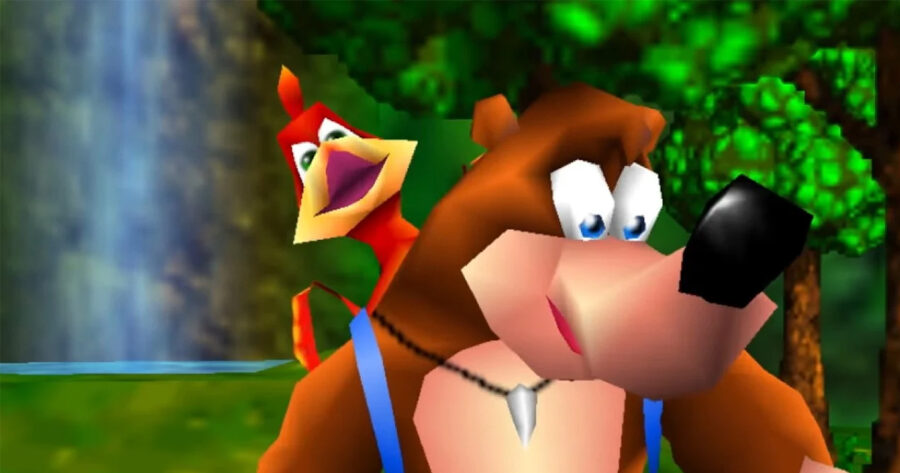 SPIRAL MOUNTAIN 一 Saying that the agreement has helped protect them from past feelings of staleness and frustration in their romantic commitment to one another, long-time adventuring duo and life partners Banjo and Kazooie thanked the practice of ethical non-monogamy for saving their workplace relationship.

“Spicing things up with additional partners fixed our marriage, ahuh!” said Banjo, standing shirtless in his garden and enjoying the sunrise as it hit Spiral Mountain. “I find myself shouting ‘wuh-oaaa,’ ‘wuh-hey,’ and ‘whee!’ like I used to when we were teenagers. It was like collecting a missing puzzle piece. Now we can get jiggy whenever we want, guh-huh!”

The suggestion originally came to the couple from their closest ally and part-time couples intimacy therapist, Mumbo Jumbo.

As soon as they heeded Mumbo’s words of wisdom, the two regained their former cohesion, both in and out of the bedroom.

“I turned Goggles—erm, Bottles—the mole into my little simp-anzee,” said Kazooie. “I always had him pegged as a sub, and I do mean pegged! I let out my aggression on that geek, and then I’m good to cuddle up in Banjo’s backpack for hours, no problem. My life is good!”

Some of the dynamic duo’s pruder compatriots, however, have wondered how these shameless flings will fit into their family-friendly world.

“I saw my brother humping Humba Wumba on the same day that I saw Kazooie cheating with Cheato, and I truly feel like I’ve lost sight of some innocence I once had,” said Banjo’s kid sister, Tooty. “I even saw Conker watching from the bushes outside. What happened to our innocent 64-bit world?”

Though they generally present their newfound agreement as all honeycombs and golden feathers, when pressed for details, Banjo admitted to some downsides such as an unfortunate late-night drunken hookup with his nemesis, Gruntilda the witch, who separately confirmed the affair.

In a singsong tone, she noted, “Banjo likes ‘em green and thick. Rode him hard like my broomstick!”