Hospital Requires Baby’s Name to Include At Least One Uppercase Letter, Number, and Special Character 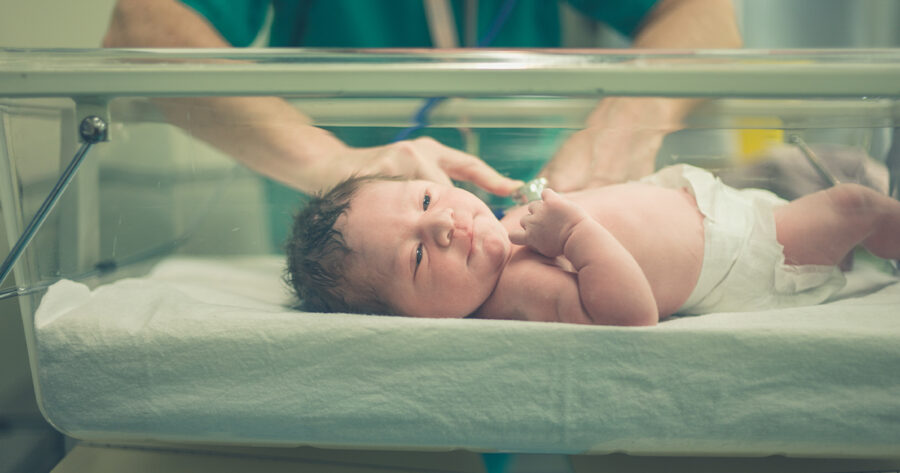 AURORA, Ill. — Local hospital Our Lady of Lourdes has updated its naming policy, stating that all newborns born at the maternity ward must include at least one uppercase letter, number, and special character in their first name.

“Studies show that a stronger name is linked to a healthier child,” said Rachel Castagnoli, Chief Executive Officer at the hospital. “If a child is named something common—like ‘Michael’ or ‘Jennifer’—they’d be open to early childhood diseases, immune disorders, and firewall attacks. But if the parents just added a special character and number to the name, so that the child would be named something like [email protected], then they’d dramatically reduce the chances of a hacker stealing their newborn’s personal identifiable information. That’s why we’re adding this control.”

While many expecting parents have voiced frustrations at the hospital for their new policy, other members of the community have applauded the new security measures.

“I think it’s great, personally. My parents were early adopters and gave me a secure name and I’ve always been thankful for that,” shared [email protected]! McAvoy, whose parents controversially applied the same requirement three decades ago. “My wife and I are expecting our first child this fall, and we’ll be doing the same—but we’re also gonna have some fun with it. You see, we both met in a Modern Warfare 2 lobby back in 2009, which is why we’re so excited for the world to meet our beautiful, healthy daughter xx3lite_$niperxx.”

The name-protected policy represents only the first stage for the hospital in ensuring the safety of their newborn patients. Members working at the medical facility revealed that later requirements were expected to be announced shortly.

“The new name policy isn’t enough,” revealed Vice Director and former obstetrician David Jeong. “While having a unique name may decrease the risk for a child to contract any illnesses for the first seven years of their life, there’s still long-term risks that need to be mitigated as much as possible. That’s why we’ll be requiring parents to use two-factor authentication whenever engaging with their child, as well as enforcing all children born at our hospital to have their name changed every two months. And no, a previous name cannot be used.”

At press time, several parents had already reportedly forgotten their own newborn’s name.