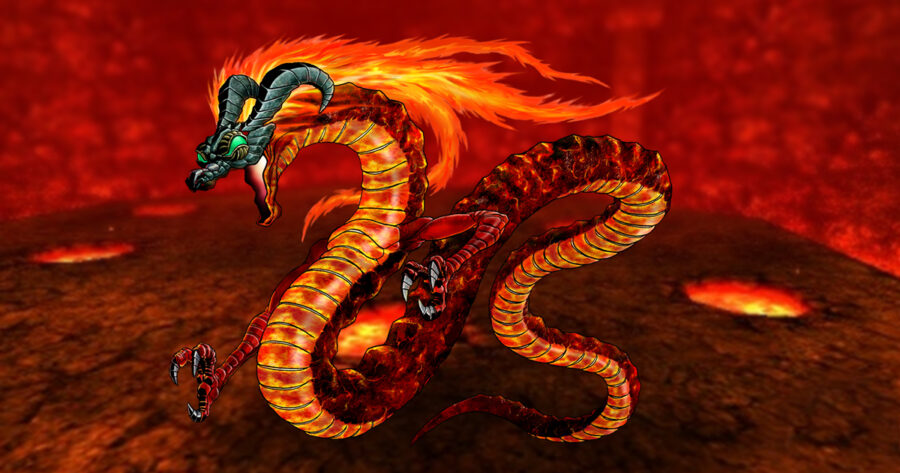 FIRE TEMPLE, Hyrule — Becoming flustered after quickly realizing his mistake, the subterranean lava dragon Volvagia was in total disbelief that he had managed to lock himself behind a giant door.

“Damn it, did that thing just lock behind me? Where’s my keys? Shit!” said the overwhelmed spirit of Death Mountain, using his reptilian claws to pat down the sides of his long, snake-like body. “I could have sworn I had it on me but I must have left it in that chest. Ganon’s going to kill me when he hears about this.”

The door, 12 feet tall and made of heavy iron, is equipped with a sturdy, gold-plated, four-way safety lock which automatically engages each time the door is shut.

“These locks are made to order and 100% fool proof,” said a representative of the manufacturer, Kakariko Security Systems, after a request for comment. “Trust me, no one can open one of those things unless they have the key. It’s totally secure.”
“I’ve come into this room to take a lava bath hundreds of times and I’ve never made this mistake,” said the deflated dungeon boss after unsuccessfully trying to force the huge door open. “What is with me today? God, sometimes I just can’t do anything right. Get it together, Volvagia!”

At press time, the demonic spirit of Death Mountain was reportedly trying to calm himself down and assuring himself that he would be saved eventually, as soon as one of his underlings notices that he’s gone, retrieves the key from its chest, and opens the door to check on him.