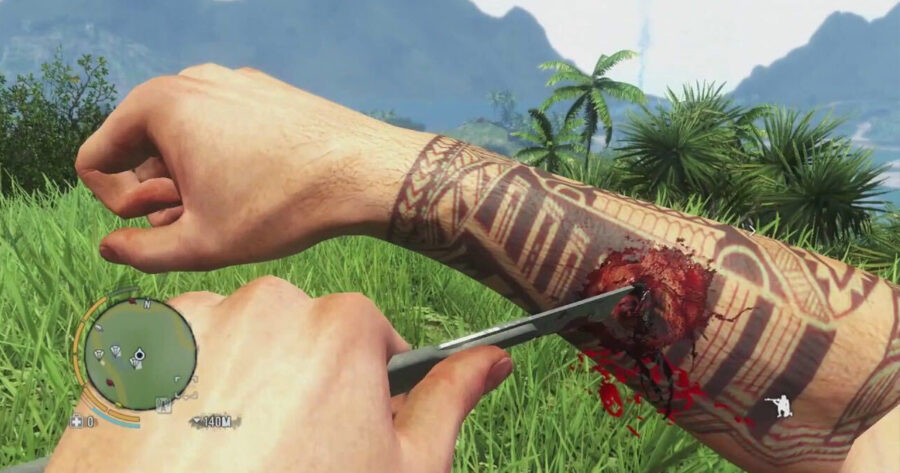 WASHINGTON — President Biden has signed the Far Cry Care Act, a groundbreaking new healthcare bill that expands the availability of health services by using affordable methods that are standard in open worlds run by power-hungry psychopaths.

“For too long in this country we have allowed citizens to fall through the cracks of the healthcare system. This new legislation will allow people of all walks of life to have bullets hastily dug out of their arms using rusty pocket knives,” said Secretary of Health Xavier Becerra in a recent press conference. “This administration believes every man, woman, and child in this great nation should have quick and affordable access to having rebar shrapnel ripped out of their abdomens without anesthetic.”

The reactions among American citizens affected by the new bill have been glowing. Fran Charlton, who could not previously afford treatment for numerous ailments, spoke highly of the expansion to care.

“Well, I’ve been dealing with the lasting side effects of all these wild animal attacks for years,” said Charlton, a working mother of four without access to health benefits. “Snakes, boars, hell, my youngest just got attacked by a honey badger last week and we couldn’t afford to get it looked after. So I’m just thankful that we can finally see a doctor again, even if all he did was wrap a single bandage around her forearm.”

Doctors have touted the effectiveness of the newly promoted methods, citing years of research.

“I spent years studying in the foremost medical environments — remote tropical islands, snowy Himalayan mountaintops, even Montana — and I can confirm that the FCCA is encouraging cutting-edge practices,” said French, a heart surgeon at Walter Reed. “Now, I have a steady line of patients outside my office daily looking to have their finger bones set or to have alcohol haphazardly poured all over their wounds.”

President Biden has now moved onto his next priority, a telecommunications bill that sets up at least two radio stations in every town.