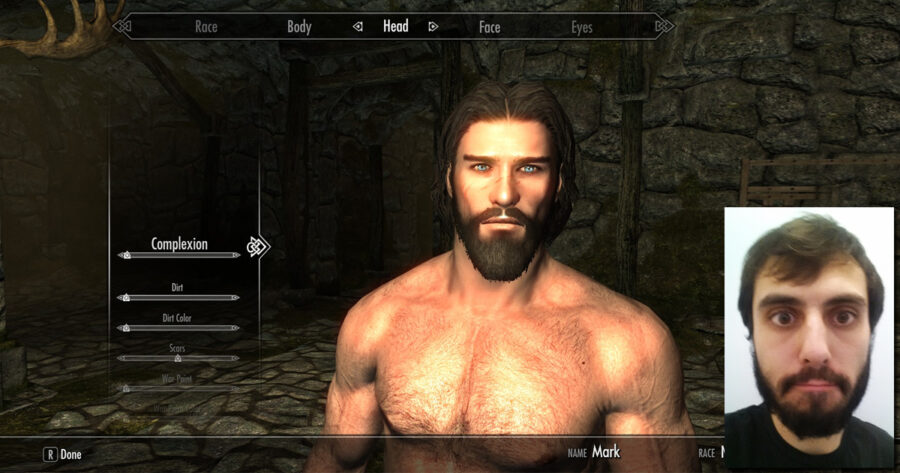 TUCSON, Ariz. — Avid gamer Mark Spears utilized a video game character creation tool with millions of possibilities, including hundreds of different fantasy species, to create a protagonist that looks like a slightly older and more muscular version of himself today, according to source closes.

Those close to Spears said that he skipped right past the imaginative alien creatures and character designs for the option to play as a 20-something-year-old white man with brown hair, a beard, and a facial structure similar to Spears’ own.

“Video games, in my opinion, are all about escaping from my regular life into a wonderful world of fantasy. And what’s a better way to do that than sticking a CGI version of me right in the middle of that?” said Spears, wearing an identical white wifebeater as his video game avatar. “It is incredible that, as video game graphics get better and better, I can play as all sorts of different versions of white guys in their mid 20s.”

Friends of Spears say that his character creation is not only limited to appearance, though. Spears tries to recreate himself in every possible way when playing roleplaying games.

“When I played Skyrim, I played as a giant cat person who shoots fireballs at people and raises the dead. When Mark played Skyrim, he played as a human fighter who doesn’t use weapons, he just punches people,” said Mark’s friend Claire Berger. “He said he wanted it to feel realistic. So he had a guy that looked like him beat up dragons.”

According to Spears, as he gets older, he does feel more inclined to switch up the characters that he plays with.

“Sometimes I experiment with slightly different hair styles and colors but I never stray from the natural styles that exist in the real world,” said Spears. “Some of these fantasy and science fiction games let you use any color hex you want for hair. Why? No one has purple hair. Unless you dye it, I guess. But I don’t.”